Christmas on the Reef

It’s the classic Christmas morning scene – families huddle together in the living room, children eagerly pick which present to open first, the faint tune of a Christmas classic buzzes in the air. At the center of this gathering stands the iconic Christmas tree with its lights shimmering between delicate ornaments, evoking a magical ambiance that sparks the holiday spirit within us.

Would you believe me if I said that Hawaii’s coral reefs experience a bit of holiday magic too?

Beneath the ocean’s surface, the colorful Christmas tree worm sways with the gentle pulse of the ocean’s current. Known as kio in Hawaiian, this shy animal is a tube-dwelling, marine segmented worm that constructs a calcium carbonate tube through the surface of live coral, most often lobe coral in Hawaii.

The Christmas tree worm (Spirobranchus giganteus) spends the majority of its time within the safety of its tube where it can easily retreat into when danger looms. The only visible part of the worm is its pair of brightly colored fans, or crowns, that are made of feather-like appendages called radioles. These spiral-shaped crowns are used for respiration and filter feeding by collecting oxygen, phytoplankton, and microscopic plants suspended in the water column. When fully expanded, the colorful crowns take on the appearance of a Christmas tree, hence its common name. 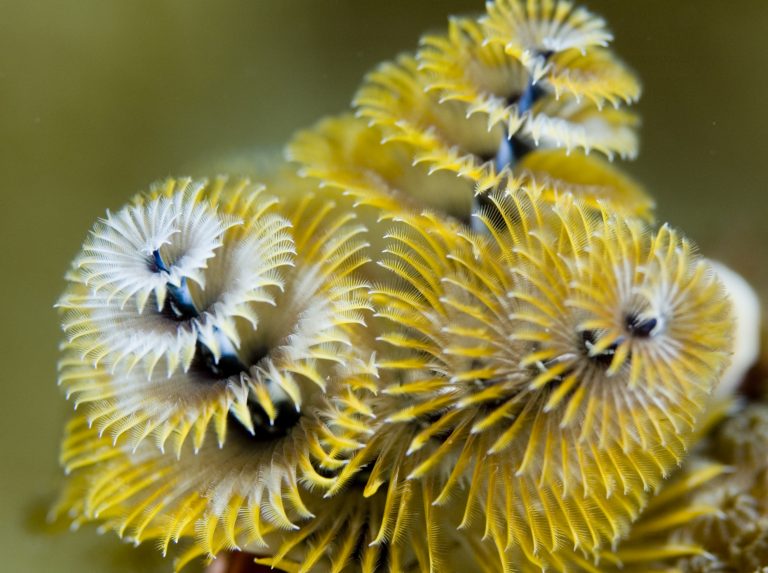 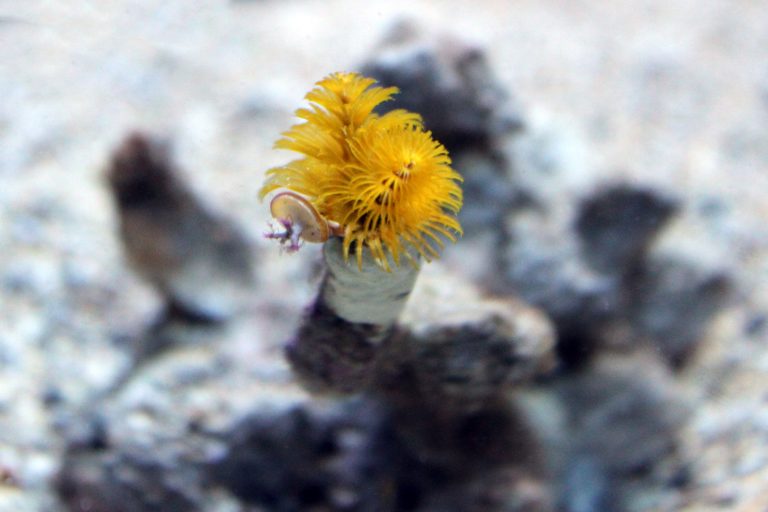 Although the Christmas tree worm does not adorn stringed lights or ornaments, it possesses an organic beauty that adds festive colors to the coral reef’s community of inhabitants. The crowns come in a variety of colors including blue, orange, white, and yellow. When a large number of Christmas tree worms inhabit a single coral head, it’s hard to rival the appearance of such a remarkable display.

While our holiday trees are at the center of family gatherings, the Christmas tree worm is surrounded by its own family of “jolly” marine animals. Take a look around the reef and you may see a snowflake moray eel with its distinct, snow-powdered nose peeking out from its den. Or gaze carefully into caves and dark caverns for peppermint shrimp, named for their bold red and white bands. You may not see Santa Claus flying overhead, but there’s a good chance you’ll spot a Christmas wrasse swimming along the reef.

Take a look around the reef and you may see a snowflake moray eel with its distinct, snow-powdered nose peeking out from its den.

If you let your imagination run wild, the ocean can be seen as a wonderland teeming with marine life that embodies holiday traits and names. It is true that these animals don’t celebrate the holidays in a literal sense, presents aren’t laid beneath the Christmas tree worms, and fish don’t sing “Jingle Shells” or other carols, but one thing is certain: Hawaii’s marine animals are true gifts of nature to be appreciated, respected, and protected for future generations.

This holiday season, Maui Ocean Center thanks everyone in the local community and beyond for another year of fostering understanding, wonder, and respect for Hawaii’s marine life. From our ‘ohana to yours, we wish you a joyous and cheerful holiday season from the highest mountain tops to the deepest fathoms of the sea. Mele Kalikimaka!