As I reflect back on 2017, I see many positive changes accomplished by our Team here at Maui Ocean Center. We created the new Papahānaumokuākea Gallery exhibit with the help of various stakeholders locally and nationwide. We went further than just creating a physical exhibit – we advocated for the expansion and preservation of this natural resource because this is what we believe in and it is part of our values and vision. A second exhibit was constructed, the Makai Theater, where we show complimentary films highlighting new marine science discoveries to foster wonder, understanding, and respect of marine life in Hawaii and beyond. 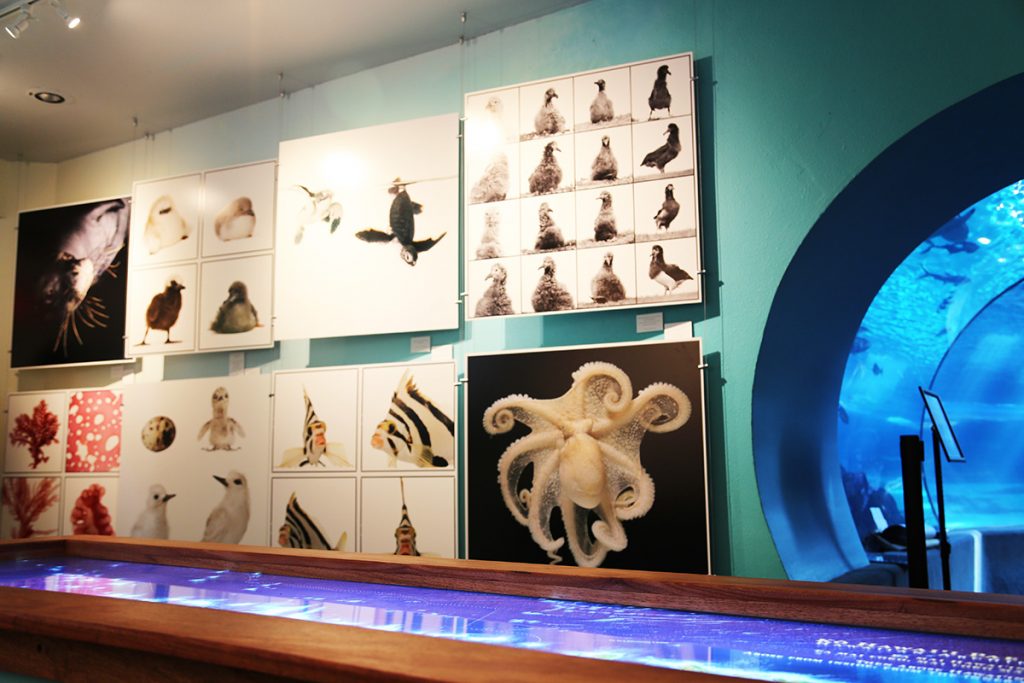 Work continued behind-the-scenes as we near the completion of a new quarantine zone to support the Maui Ocean Center Marine Institute, a 501c3 corporation that rests on three foundational pillars: Rescue, rehabilitation, and release of Hawaiian sea turtles in collaboration with NOAA, maintain a repository of rare & endemic Hawaiian coral in collaboration with DLNR, and provide educational opportunities in marine science and conservation. 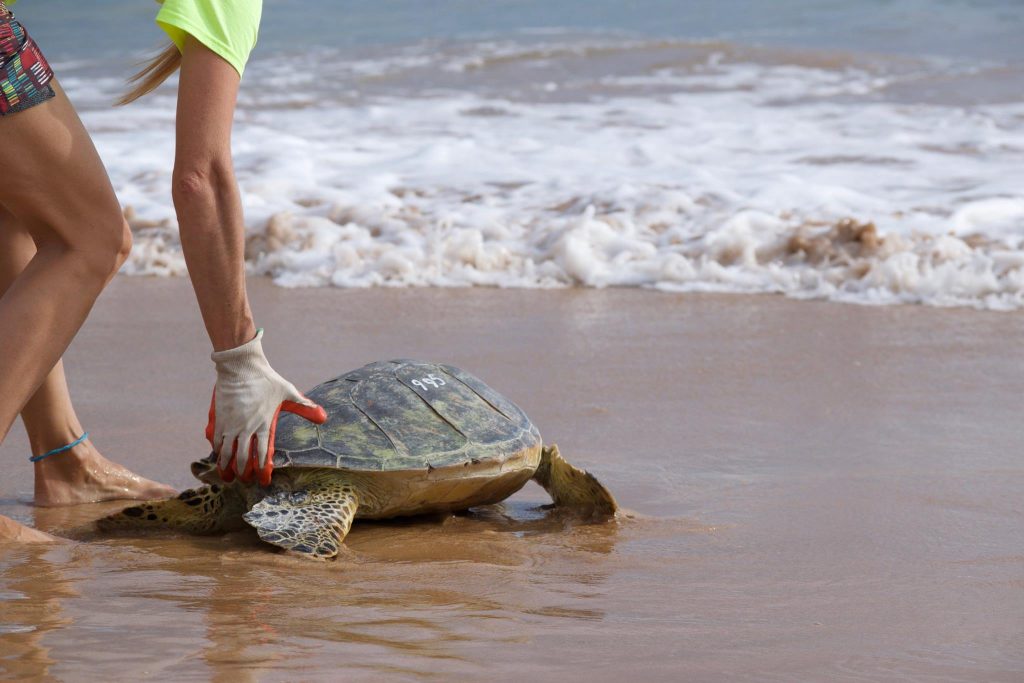 This year, MOCMI had the honor of assisting with NOAA’s 1000th rehabilitated and released Hawaiian green sea turtle. Moments like this are a testament to the future of marine conservation in Hawaii. All of this wouldn’t be possible without the dedication of volunteers, collaboration with State and Federal entities, and people like you who support Maui’s non-profits and the ocean at large. 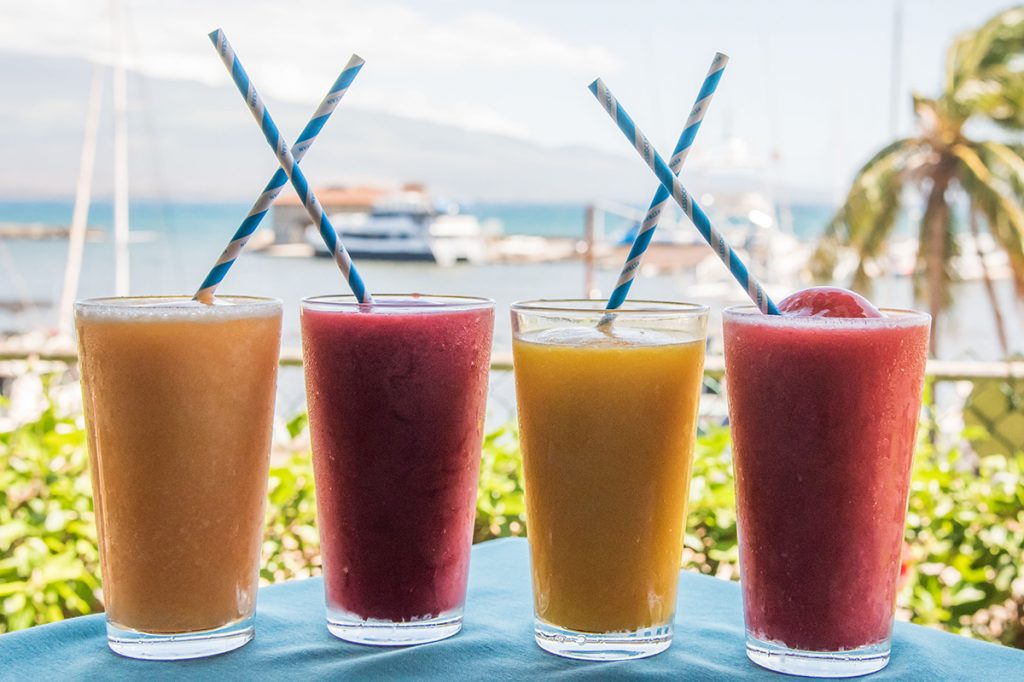 #GoGreenForBlue: Carry a reusable water bottle and say no to the straw or switch to paper.

Maui Ocean Center also took an active stand in focusing its efforts on environmental and conservation initiatives. We’ve raised awareness about sunscreen pollution and its effect to coral reefs, conducted coastal cleanups, stenciled storm drains, and have transitioned from single-use plastic straws to papers straws at all of our food and beverage venues. Expect to see more of these improvements going into the New Year, and join us in these efforts. If it’s not us who makes these changes, then who will? 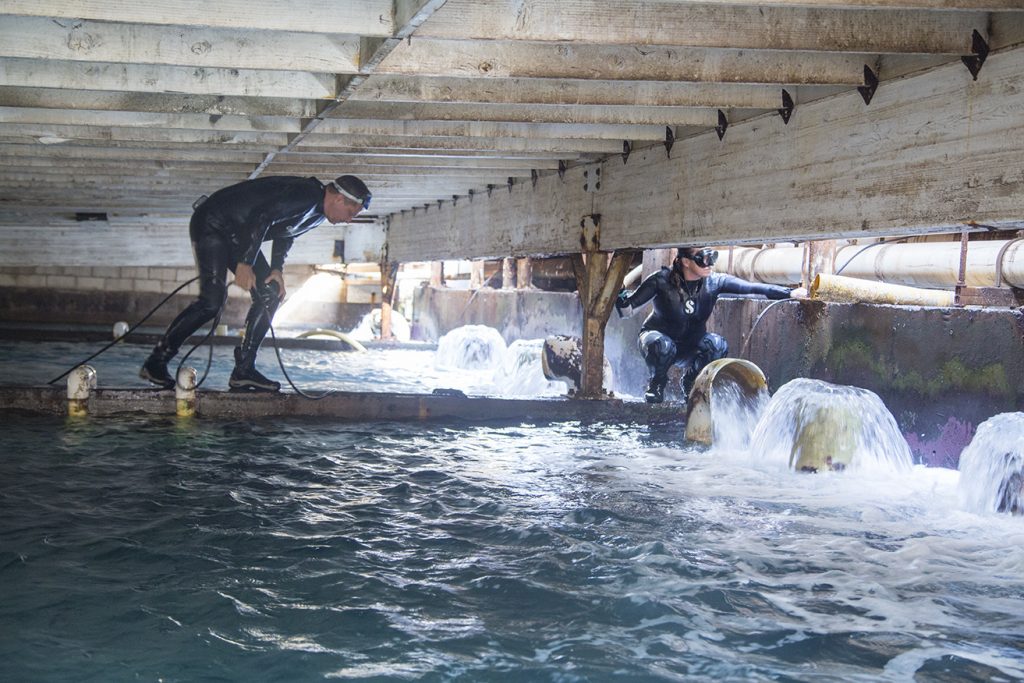 2017 also welcomed the addition of an Environmental Team tasked with analyzing, monitoring, and continuously seeking ways to improve the water quality that enters and leaves our facility. Maui Ocean Center operates under a National Pollutant Discharge Elimination System (NPDS) permit. Thus, maintaining environmental standards have been the highest priority for us, not only because of the regulatory requirements, but because we truly want to see the highest quality water in the ocean and our exhibits. Ending this year on a high note, our Environmental Team’s scientific engineering study proved that Maui Ocean Center’s open cycle filtration system is improving water quality in and around Ma’alaea Harbor. 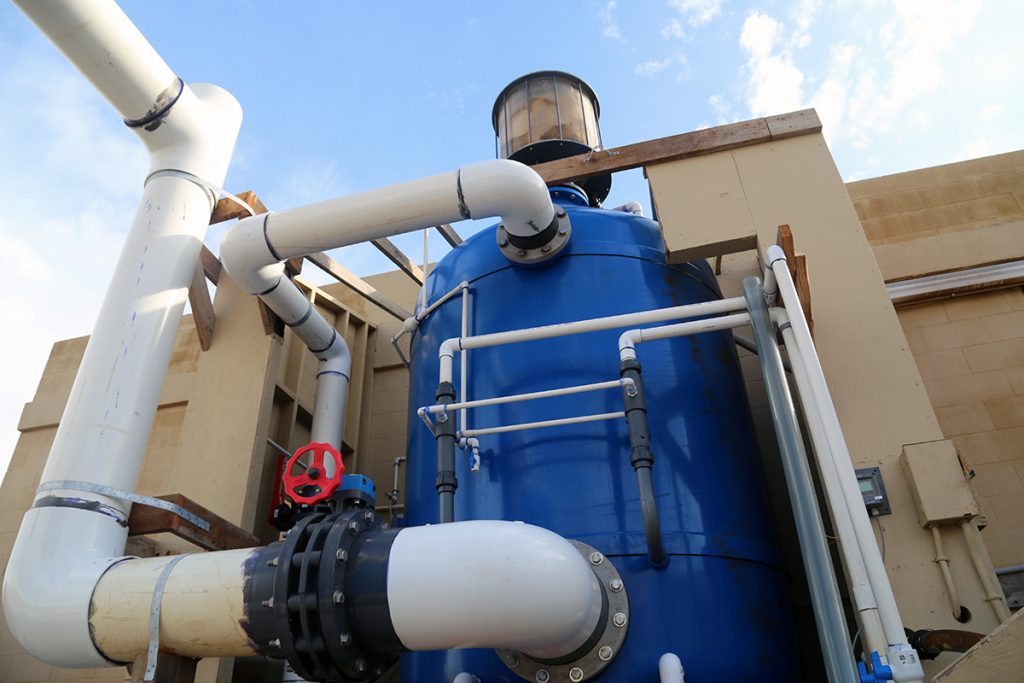 New protein skimmers are one of several upgrades to our water filtration network.

We have made major improvements to our water systems and a substantial investment in facility operations to further reduce our environmental footprint. We have also been working on a sustainable alternative energy PV solution to support Maui Ocean Center needs going forward and we are getting very close to implementing it.

Going into 2018, we look forward to creating a new exhibit building featuring Hawaii’s humpback whales to highlight their role in Hawaiian culture and history. In addition, we are planning the construction of a fully immersive 360 degree Dome Theater that allows the viewer to experience whales in a way never before seen. The Theater will provide an intimate encounter with these beautiful creatures that will captivate and engage a sense of wonder. Work on this project begun in earnest earlier this year with a dedicated team of design experts, artisans, and cultural advisors. We expect this to be simply an amazing experience and we cannot wait to share it with you. Other initiatives include the development of a new exhibit master plan, which will be implemented over the next few years to enhance and expand your experience.

I am very excited about the prospects for Maui Ocean Center as we enter into 2018 and beyond. It is my wish that we will always be fierce advocates and stewards of our oceans and marine life.

Happy Holidays to you and I hope that you get to spend it with your families and loved ones. Aloha!