The kumulipo states that life began with the coral polyp and as more life was born, it became more and more complex. It is believed that coral is an akua, or deity, that may be responsible for both life and death for natives to the islands. The historical and cultural significance of ko‘a, or coral, cannot be understated and it is no wonder that corals continue to amaze us to this day. 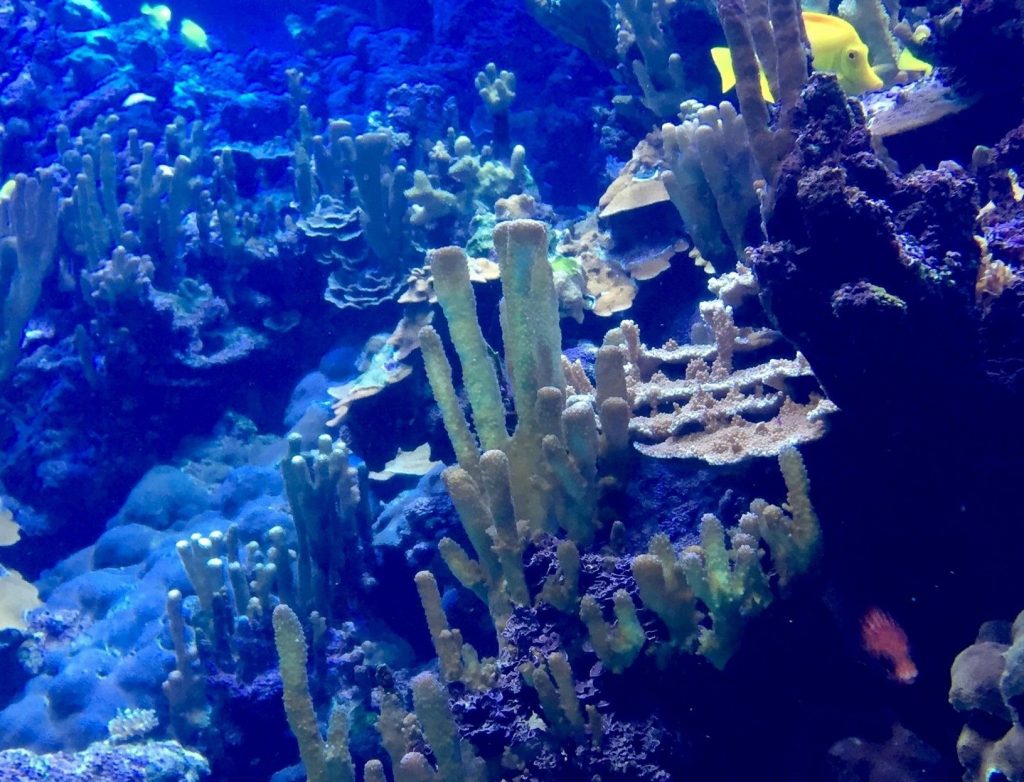 As you hopefully witnessed if you joined us a few days ago, once per year, one of nature’s most marvelous spectacles takes place in one of the least obvious places: the modest rice coral. Rice coral, Montipora capitata, is a common coral in Hawai‘i and may form as either plates or spires, depending on the depth and calmness of the water around it. Rice coral gets its name from the rice-like texture of its surface. On a very romantic evening, usually between June and August, and shortly after a new moon, these small, quite unremarkable animals perform one of the most remarkable performances you will likely see.

Getting cues from temperature and the lunar cycle, rice coral polyps eject both eggs and sperm (gametes) into the water, forming planula, or larvae. The surviving planulae may then form entirely new rice coral colonies.  This annual synchronized mass coral spawning is essential for the survival of these corals, and in effect, the entire coral reef ecosystem. The gametes and planulae provide nutrition for the many fish and invertebrates that feed on them and the formation of new reefs provide shelter for juvenile and adult fishes. The sheer abundance of gametes in the water column gives the effect of a snow storm and is crucial to the survival of the corals; there is power in numbers and surely someone is bound to survive.

In Maui, the “mother reef” is found at Olowalu. At 600 years old and over 1,000 acres, this reef has been identified as the oldest reef in the main islands of Hawai‘i. From here, the planula of these corals spread to the rest of the islands, forming the reefs that sustained Hawaiians for generations and provide crucial habitat for marine life. In fact, Olowalu reef is home to the largest population of manta rays in the United States. The coral polyp truly can be the beginning of life.

Unfortunately, corals face continued challenges as ocean temperatures rise. Coral bleaching and ocean acidification threaten the very foundation of the coral reef ecosystem. Coral bleaching occurs when temperatures increase to beyond the safe temperature threshold, which causes the coral polyps to respond by ejecting their primary food source: a small photosynthetic algae called zooxanthellae. This loss of appetite causes the corals to slowly die over the next one to two weeks. It has also been found that chemical-based sunscreens can have very damaging effects on corals. Ocean acidification is the effect of increased carbon absorption into the ocean. As the acidity increases, corals, and other shell-forming animals, are finding it more difficult to build shells. As we move forward, the future of the very source of life may be in jeopardy.

It is important that we care for our coral reefs, as they have cared for us for so long before. It is our kuleana  to ensure that corals continue to amaze us every year on those warm summer evenings, when the moon and the temperature is just right.

Written by Adam Fleischer, Marine Naturalist. “Ka Mo‘olelo Moana,” or “The Ocean Story,” is a monthly column written by Maui Ocean Center and published in The Maui News.