The lawai‘a (fisherman) rises before dawn to prepare his equipment but does so quietly to avoid disturbing the spirits. He does not discuss where he is going to fish because it would result in a poor catch. It is kapu (forbidden) for others to observe or speak to the lawai‘a during preparation as he readies his nets and canoe for a day at sea.

Lawai‘a were highly skilled and greatly respected in Hawaiian society, a role traditionally reserved for kāne (men). They were trained to understand cloud formations, ocean currents and wind direction, moon phases, and star patterns. But lawai‘a did not always look to the sky to find fish – the answer would often come with the aid of the ‘ōpelu māmā. 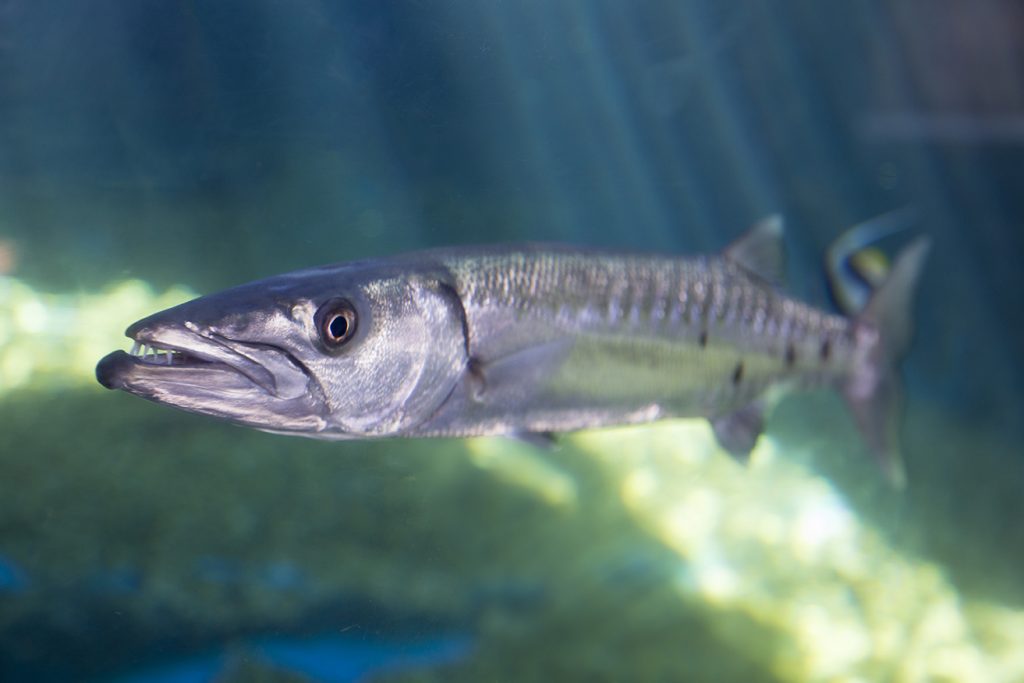 The ‘ōpelu māmā is known as kākū or great barracuda (Sphyraena barracuda). Growing up to 5.5 feet in length, the kākū is recognizable by its elongated, silver body, dark grey vertical bars and black spots, large toothy mouth, and distinct protruding jaw. There are three common species found in Hawai‘i, and while some may school together, the kākū is generally a solitary predator that feeds on fish including ‘ōpelu (mackerel scad, Decapterus macarellus).

‘Ōpelu has been a staple of the Hawaiian diet for centuries and continues to hold high-value today. Shaped like a silver torpedo with a blue-green back, the ‘ōpelu is a schooling fish found near the surface down to depths of 650 feet. At the start of ‘ōpelu fishing season in early Hawai‘i, ceremonies were performed and the lawai‘a prepared his wa‘a (canoe) and fishing nets. He brought pala (fern) to the temple where he would ask his ancestral deities for protection at sea.

Fishing for ‘ōpelu was done by canoe and was often a two-man job with the po‘o lawai‘a serving as the head fishermen or spotter. At the ko‘a (fishing ground), the po‘o lawai‘a would rhythmically knock on the canoe’s hull to attract the ‘ōpelu while throwing pala‘ai pū (squash) as bait. More importantly, knocking the canoe was done to call in the ‘ōpelu māmā to help the lawai‘a locate the ‘ōpelu.

The presence of the ‘ōpelu māmā was critical for lawai‘a to be successful. ‘Ōpelu form loose and scattered schools, making it difficult for the fisherman to net them. By calling in the kākū, the ‘ōpelu would defensively school in a balled-up fashion, making it easier for the lawai‘a to net them with ‘a ‘ei ‘ōpelu (a large net). The scene is similar to a shepherd herding in a flock of sheep. In return for its helpful services, the kākū was hand-fed a portion of the catch. 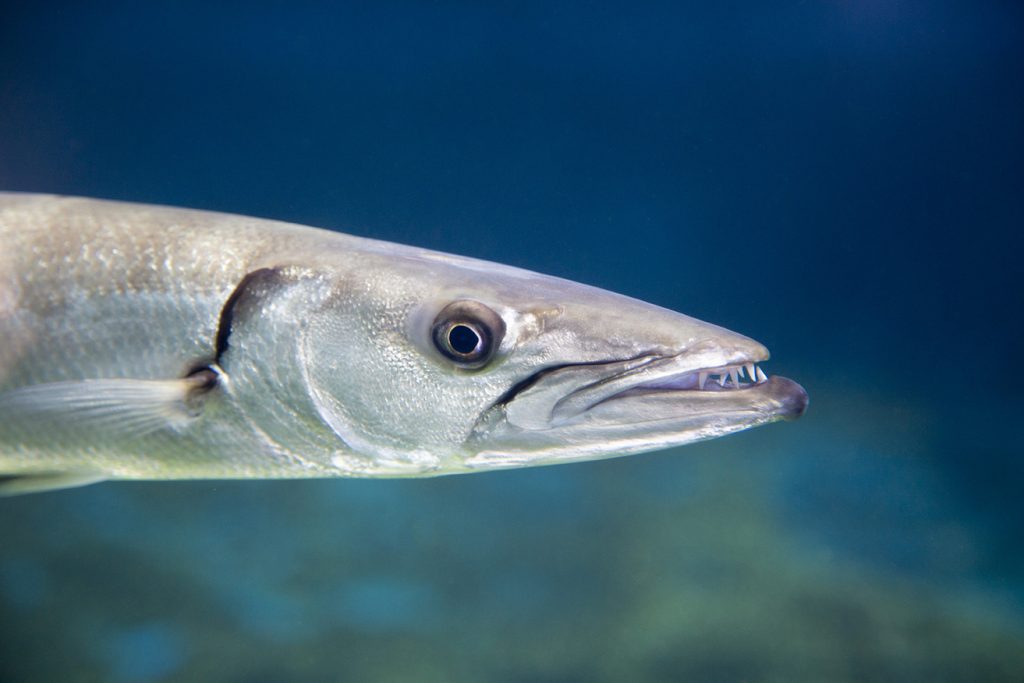 Today, the ‘ōpelu māmā faces many challenges. The great barracuda is a popular target for game fishing and spearfishing due to its large size and predatory instincts. The concept of trophy fishing was foreign to many Hawaiians who would hānai (nourish) resources like the ‘ōpelu for sustenance, not social recognition. The ‘ōpelu māmā was typically left alone to ensure the future presence of ‘ōpelu.

Over time, ‘ōpelu fishing evolved with new technology: nets became smaller and more efficient, fish finders are used to locate schools of fish, and the dependence on the ‘ōpelu māmā began to diminish. But for many families that still fish for ‘ōpelu in traditional ways, the presence of the kākū is a lucky sign that indicates ‘ōpelu. would soon follow.

As early lawai‘a would teach their sons how to fish, they would also speak of the importance of not removing the ‘ōpelu māmā. The relationship and harmony between the lawai‘a and ‘ōpelu māmā exemplifies the Hawaiian’s understanding of how relationships within nature can be used to create sustainable resource management. For many, the ‘ōpelu māmā was Kākū Nui, a great companion with a strong connection to the lawai‘a. They knew that without the ‘ōpelu māmā, there would be no ‘ōpelu, a lesson that still bears meaning today.