Maui Ocean Center’s December Sea Talk featured Dr. Chris Kelley, who presented HD photos and videos of Hawaii’s deep sea taken by NOAA ship Okeanos Explorer. Dr. Kelley, the crew of Okeanos Explorer, and scientists from around the world recently joined in to study and survey unexplored, deep-sea habitats in the Main Hawaiian Islands, the Papahanaumokuakea Marine National Monument, and Johnston Atoll. Relive the Sea Talk and view some of the images taken during this incredible journey. 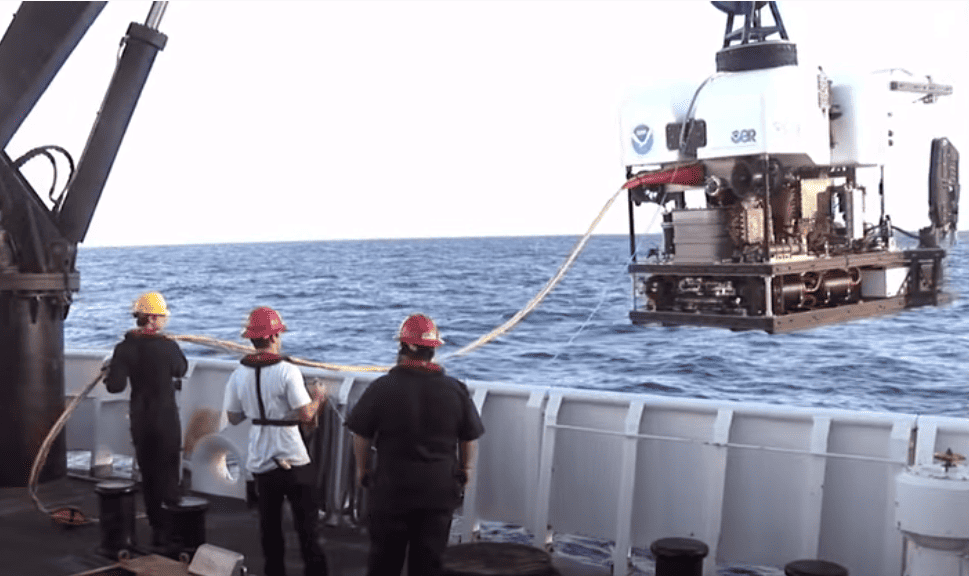 The telepresence-enabled Okeanos Explorer, operated by NOAA’s Office of Ocean Exploration and Research, began its 3-year visit to the Pacific this past summer. Under the project title Hohonu Moana 2015, this ship deployed its remotely operated vehicle (ROV) for 37 dives in the Main Hawaiian Islands, the Papahanaumokuakea Marine National Monument, and around Johnston Atoll. Thirty-four of these dives were in previously unexplored areas, unexplored depths down to over 4,800m, or both.

Beginning in July of 2015, a team of NOAA and external partners initiated the Campaign to Address Pacific monument Science, Technology, and Ocean Needs (CAPSTONE). The campaign focused on systematically collecting baseline information to support science and management needs within and around the U.S. Marine National Monuments and other protected places in the Pacific. It also serves as an opportunity for NOAA and the nation to highlight the uniqueness and importance of these national symbols of ocean conservation.

About the Speaker: Dr. Chris Kelley

Dr. Chris Kelley has been the program biologist for the Hawaii Undersea Research Laboratory (HURL) at the University of Hawaii for the last 15 years where he is also graduate faculty for the Oceanography Department and affiliate faculty at the Hawaii Institute of Marine Biology. As a biologist, his primary responsibilities are the identification and documentation of deep-water fish and invertebrates recorded during HURL’s submersible and remotely operated vehicle (ROV) operations, as well as overseeing the extraction of video annotations for inclusion in HURL’s deep-water animal database and online photo guide.

Most recently, Dr. Kelley has served as the lead scientist and coordinator for NOAA’s Office of Exploration and Research (OER)’s new 3-year program in the Pacific, involving the use of NOAA ship Okeanos Explorer. This ship has a state of the art multibeam sonar mapping system and a 6,000m ROV, the Deep Discoverer, that is used to explore deep-water habitats across the Pacific. The Deep Discoverer and its sonar sled Serios have broadcasted live image feeds online via telepresence. From July to September 2015, the campaign’s focus was on many previously unexplored regions around the Johnston Atoll and within the Papahanaumokuakea Marine Reserve. This includes a major effort focused on addressing priority NOAA science and management needs in and along the Hawaiian Archipelago and Johnston Atoll.