As we head into the holiday season, many people take the time to appreciate what they have in their lives while looking for ways to help those in need. But what about those little creatures that live in the sea? While they may not be able to say thank you, they definitely appreciate the extra help that they receive from their ocean peers, especially in situations where they cannot provide for themselves. Many marine animals work together and rely on each other through a symbiotic relationship, a reciprocal relationship between two or more species where one provides a benefit to the other and vice versa. 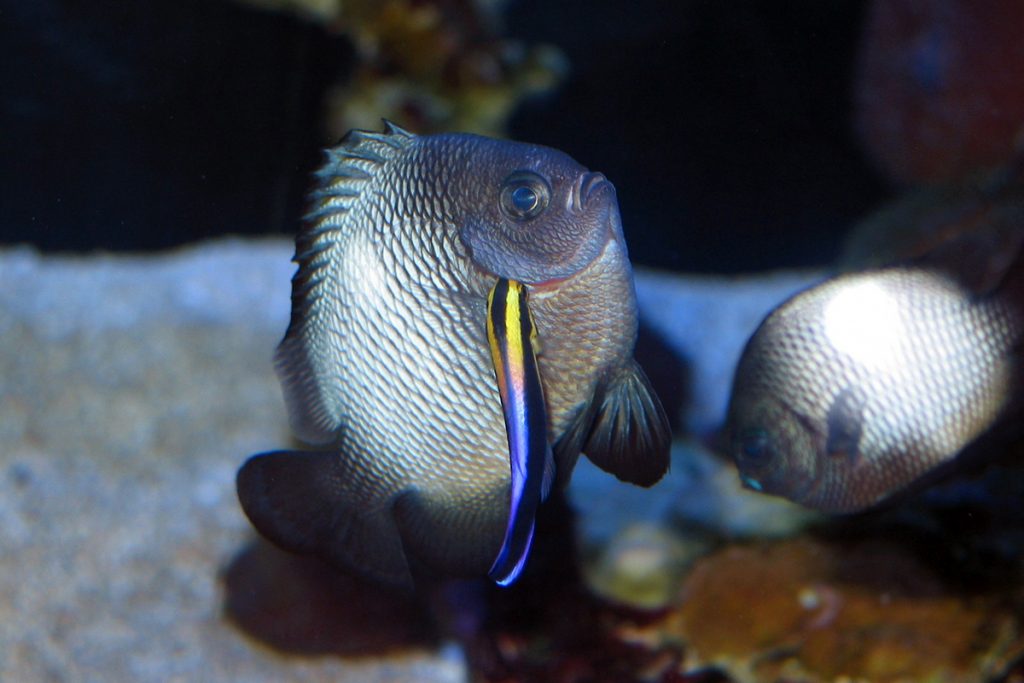 The Hawaiian cleaner wrasse is a small, brightly colored fish that always appears to be on a mission as it swims, bounces, and flutters along the reef. This wrasse has a very important job that many other fish don’t have a knack for: deep cleaning the residents of the reef. Hawaiian cleaner wrasses have the unique ability to establish cleaning stations where fish line up to be cleaned. Some open their gill covering, or operculum, while others change colors, all of which signal that they need help. The cleaner wrasse actively inspects the fish’s body, darting into crevices and sometimes between sharp teeth, where it removes unwanted parasites while earning itself a free meal. 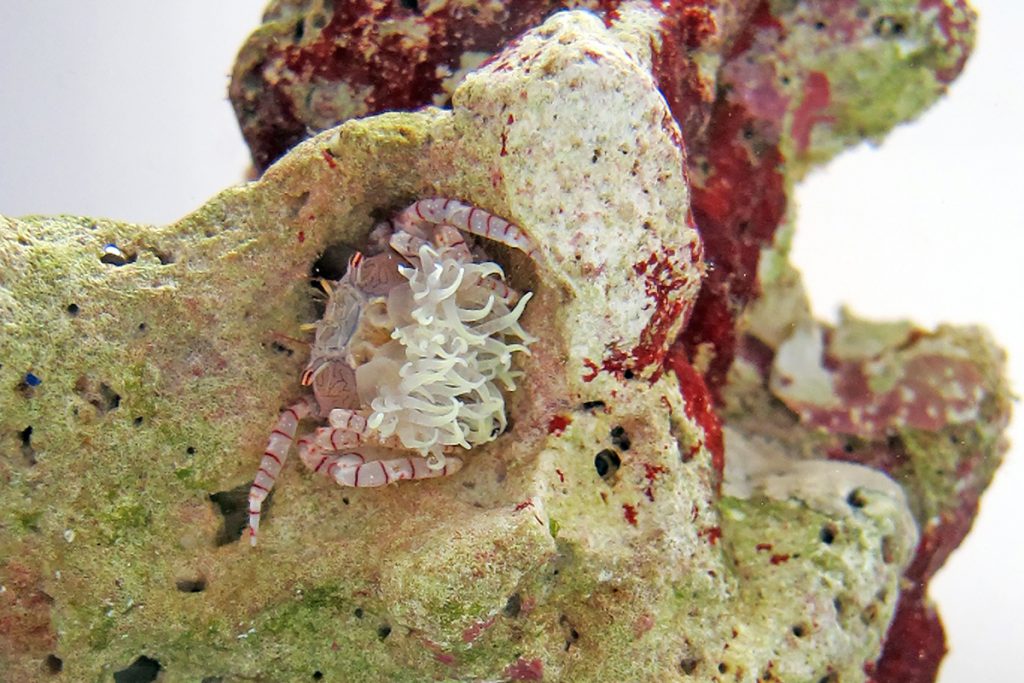 Another symbiotic relationship exists between a tiny crab and its anemones. The Hawaiian pom-pom crab, also known as kūmimi pua (inedible flower crab) in Hawaiian,  is often hard to see, as it only grows a half-inch wide in its carapace, or outer shell, and hides under rocks and ledges. This crab gets its name from the way it holds an anemone in each claw, waving it around in a manner similar to cheerleaders waving their pom-poms. The anemones have stinging cells, or nematocysts, that are used in self-defense, which also protects the crab. In return, the anemones feed off scraps of food whenever the crab eats. 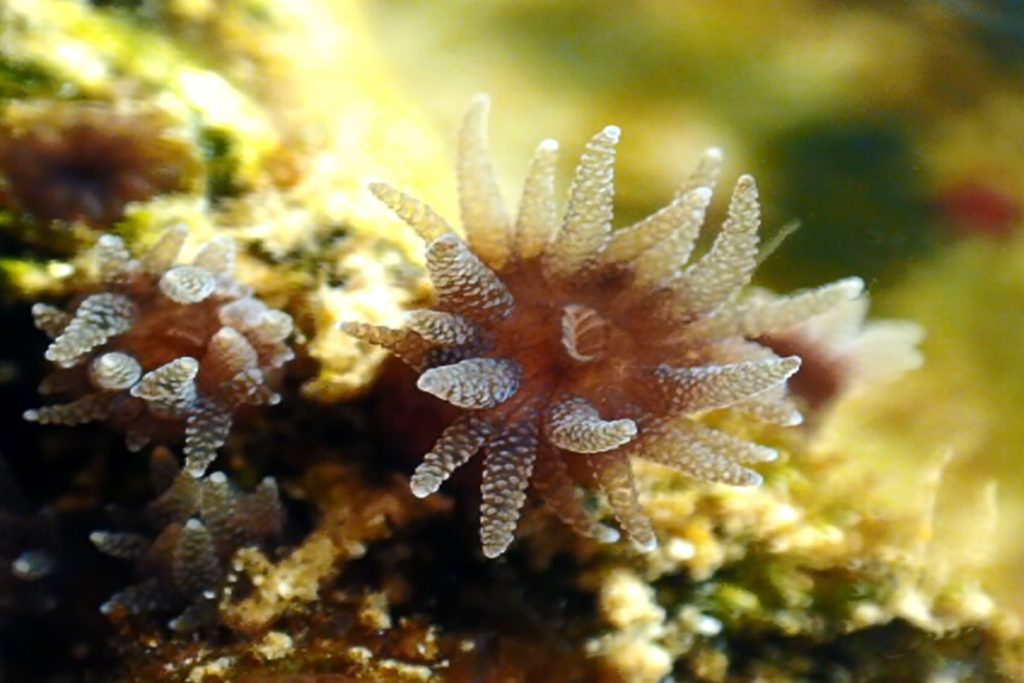 An even smaller symbiotic relationship by size, but certainly not by importance, is between a coral polyp (pictured left) and its zooxanthellae. Coral colonies consist of anemone-like polyps that house zooxanthellae, a living algae that contributes to the varying colors and sizes of coral polyps. While the polyp provides a safe home for zooxanthellae, this algae serves a purpose to by providing its polyp with vital nutrients through photosynthesis. The next time you snorkel and admire Hawaii’s coral reefs, be sure to thank the zooxanthellae for providing us with the vibrant colors that we’ve all come to love!

These symbiotic relationships are a reminder of how we can collectively work together to better the lives of others. Wherever you look, even in areas which may be overlooked, there are creatures with a purpose that benefit from one another. Over the next couple of months while celebrating with family and friends, take a moment and think about what you may do to help each other out, even in ways you may not have considered before! Happy holidays to everyone from Maui Ocean Center!