There are 76 recorded species of cephalopod in Hawaiʻi. Of them, the day octopus (Octopus cyanea), or heʻe mauli, is the most commonly observed. Day octopuses are usually most active during the early morning and late afternoon. Since they are active during the day, the octopus must use their incredible camouflage abilities to hunt unnoticed. Using their ability to change their skin color and texture at will, the octopus can seemingly disappear at a moment’s notice to resemble their surroundings and protect themselves from predation.

An octopus has over 500 million neurons, with 60% of them concentrated within its eight arms. Each arm can independently react to environmental stimuli and carry out separate tasks at once. They are brilliant creatures and can learn from observation, use tools, and solve puzzles. 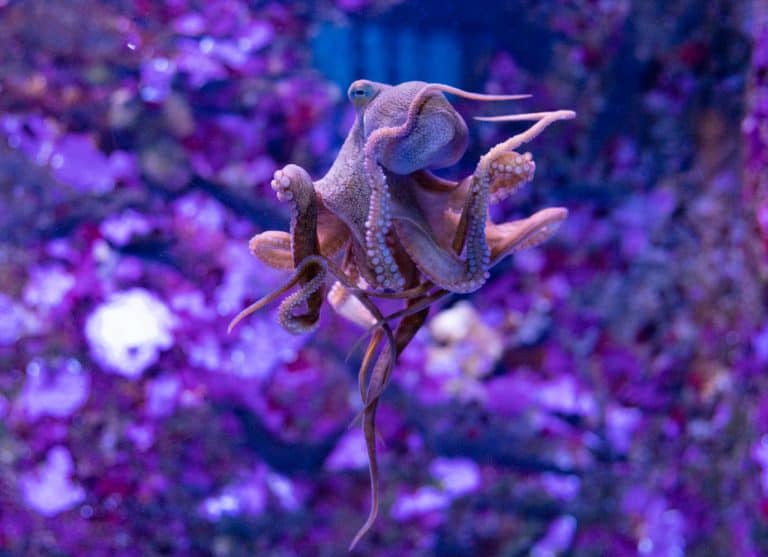 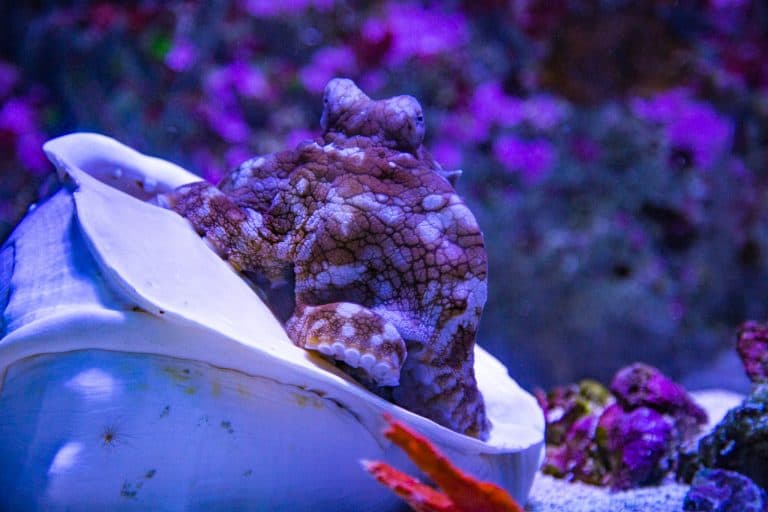 Contrary to popular belief, octopuses don’t have tentacles! In the world of cephalopods (squids, octopus, and nautilus), a tentacle has suckers only at the tip of its appendage, whereas an arm has suckers along the entire length. Most day octopuses are four to five pounds with a maximum arm span of three feet.

Day octopuses use their arms to “walk” across the coral. These prehensile limbs can condense down into the smallest of cracks, allowing the octopus to squeeze in and escape danger quickly. The only hard structure within their extremely flexible bodies is a bird-like beak with a toothed tongue known as a radula. The octopus’s beak helps to pick apart crustaceans as well as small fish.

Octopus eyes contain a single photoreceptor, meaning they only see black and white — as if the octopus wasn’t fascinating enough! By rapidly focusing its eyes at different depths and taking light in from multiple directions, an octopus may be able to distinguish different colors despite technically being colorblind.

Did you know?
Octopuses have a single photoreceptor in their eye, meaning they only see in black and white!

Octopuses under Maui Ocean Center’s care are only here for a short period of time before their return to the ocean. This ensures that every octopus can complete its life’s purpose: finding a mate and producing the next generation of octopuses.

Males display light and dark stripes when trying to attract females and mate only once in their yearlong lifetime. The octopus mating process involves the male transferring sperm packages (spermatophores) to the female and dying shortly after. The female lays strings of eggs on the ocean floor, fertilizes each egg with the male’s sperm, and guards them for four to six weeks. During this time, she slowly starves to death, eventually becoming food for her emerging offspring. 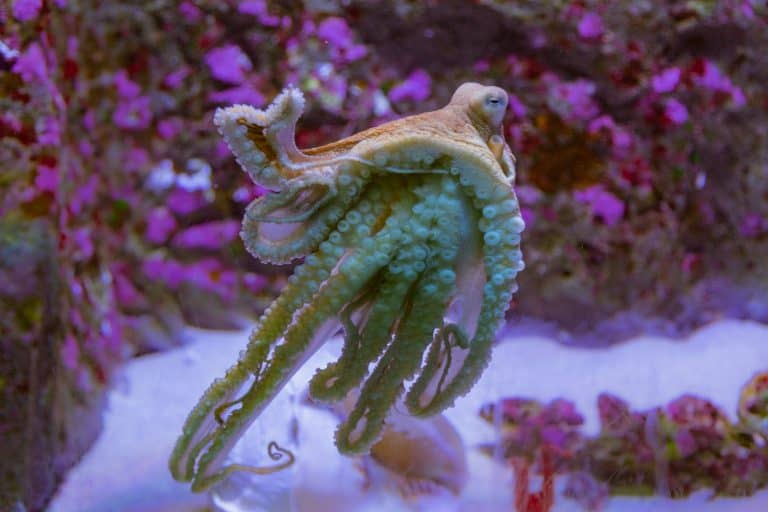 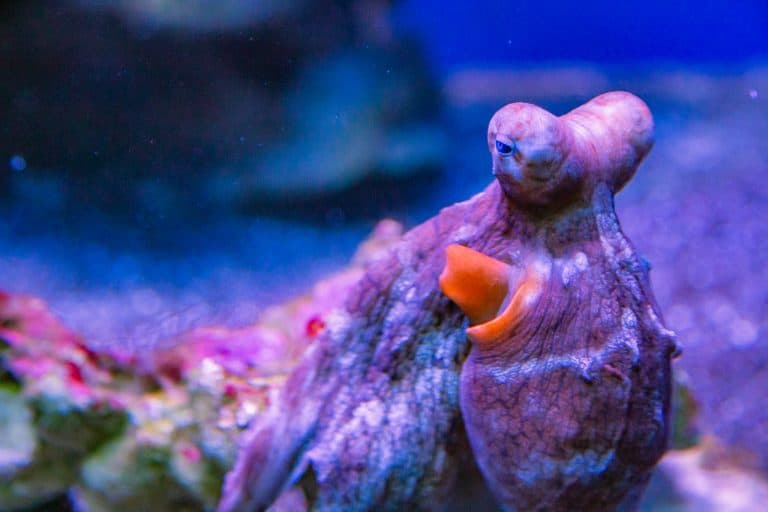 In Hawaiian culture, four main deities were worshipped: Kāne (deity of creation), Kū (deity of war), Lono (deity of agriculture), and Kanaloa (deity of the ocean). Kanaloa had several kinolau, or body forms, that he could manifest into. The most associated form of Kanaloa is the octopus.

The old Hawaiian saying, Pua ke kō, kū mai ka he‘e (When the sugarcane flowers, the octopus appears) refers to the towering cream and lavender colored sugarcane flowers that signaled not only a time to harvest cane but also a favorable time for fishers to collect octopus, or he‘e, from the sea. Sugar cane typically blooms in November when many believe octopuses are most abundant on the reef. 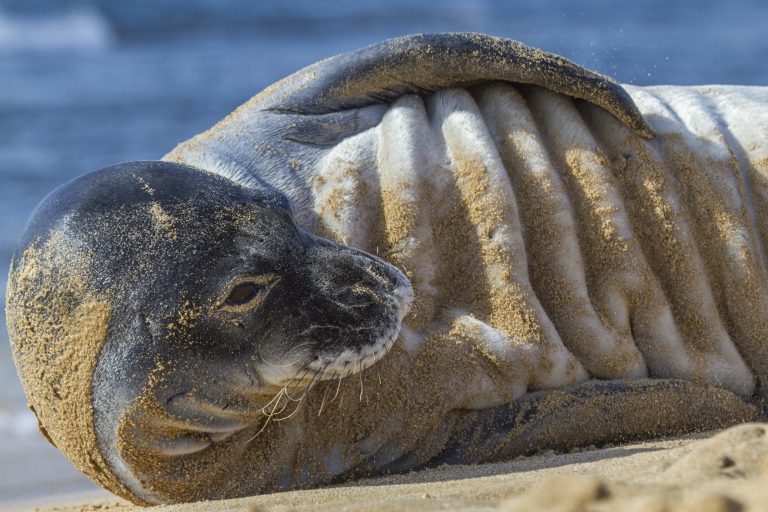 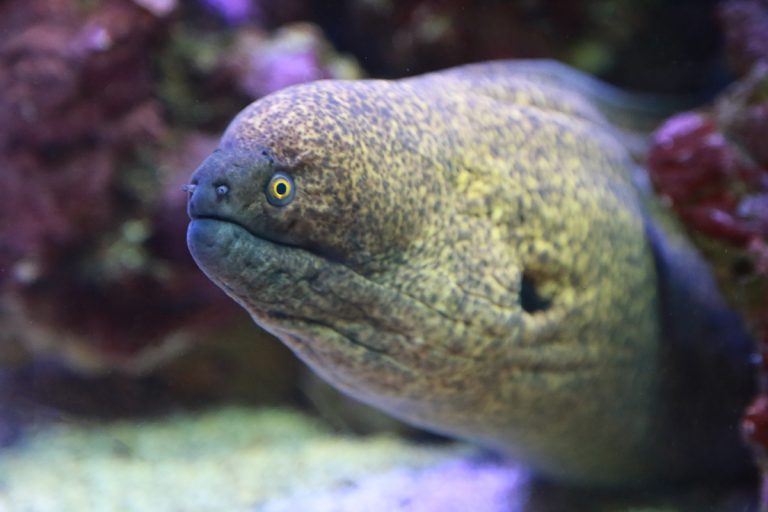 Moray Eel
Seeing a moray eel while snorkeling or diving can be an exhilarating experience. With rows of sharp, dangerous teeth and a snake-like body with an elusive lifestyle, the sometimes shy moray eels are o...
Read more

Sea Stars
Sea stars are one of the most recognizable marine species and typically have a five-part body consisting of a central disk and radial symmetry. Size, shape, color, and texture are quite diverse in the...
Read more