The Hawaiian Islands lack true lobsters with distinguishing enlarged pincers on the first pair of legs. Instead, spiny lobsters reside here in our island waters. They are covered with forward-pointing spines on their carapace and antennae for protection. During the day, spiny lobsters inhabit crevices of rocks and coral reefs and are sometimes seen in the dozens. Primarily feeding at night, they roam sandy flats near reefs where they forage for snails, clams, sea-hares, crabs, and sea urchins.

Female lobsters spawn up to four times in one year and produce up to half a million eggs each time! An orange mass of eggs is held under the female’s tail using special appendages called swimmerets. They also circulate oxygen-bearing water around the eggs. Roughly four months later, the eggs hatch and go through larval stages before settling down on the reef.

Vulnerable to fishing, the commercial catch in Hawaii has drastically declined. Now a protected species, regulations have been set by the State of Hawaii and prohibit taking spiny lobsters during May-August. Size regulations have also been implemented to avoid the taking of females with eggs. The lobster size is measured by carapace length, and the minimum legal size is 3 ¼ inches.

Three species of lobsters are found in Hawaiian waters, two of commercial value. The banded spiny lobster is endemic to the Hawaiian Islands and is typically found at depths of a few feet to 600 feet.

*Due to the constant rotation of animals back to the ocean, the presence of any specific animal cannot be guaranteed.

Did You Know...
Lobsters are known in Hawaiian as ula. They were also prized as food and were eaten raw, cooked, or partly decomposed. Lobsters were sometimes substituted for pigs in sacrifices to the gods.
Hawaiian Name:
Ula
Scientific Name:
Family Palinuridae
Where to See:
Mid Reef*
Share with friends
Next Up 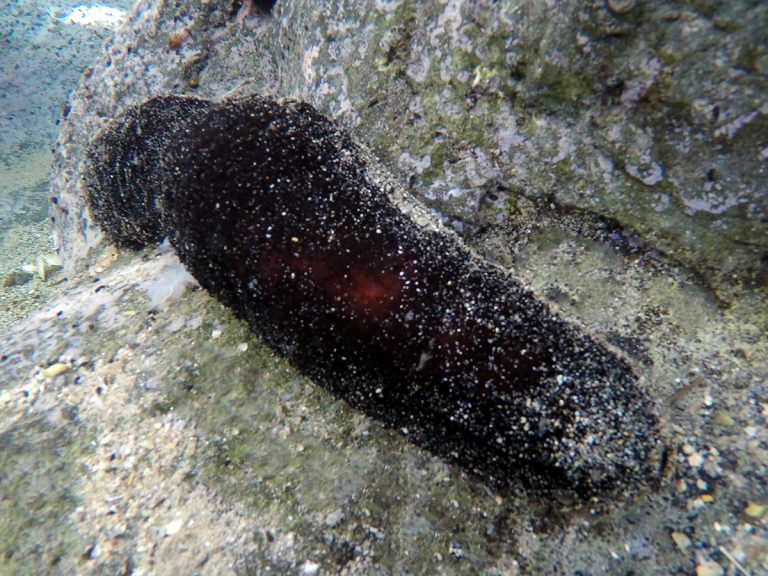 Sea Cucumber
Sea cucumbers (loli) are a common sight on Hawaiʻi’s reefs. This unique and strange animal has a distinct tubular shape which some say resembles sausages. Sea cucumbers use the tube feet that cover...
Read more 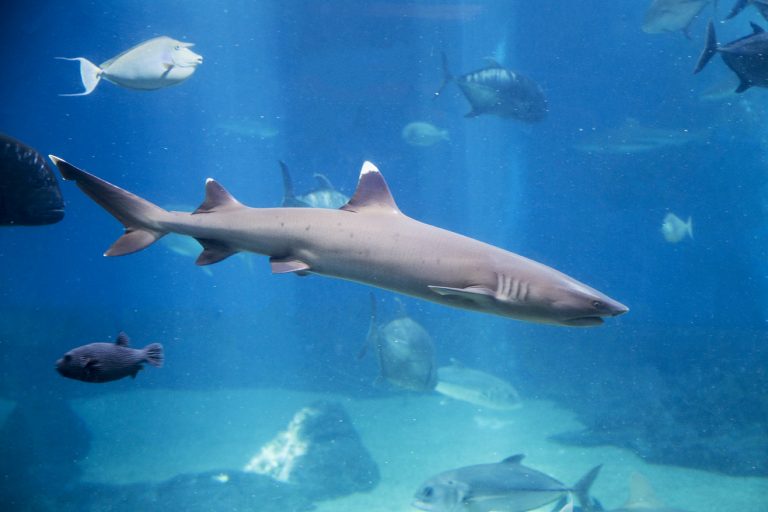 Whitetip Reef Shark
The whitetip reef shark is found throughout the Indian and Pacific Oceans and is associated with the coral reef environment. In the Hawaiian Islands, they can be observed resting in caves or under led...
Read more
Discover Maui's Marine Habitat
Exhibits
Open Ocean
Take a stroll through the 35-foot long acrylic tunnel as sharks soar above your head. Watch elegant stingrays turn backflips in our 750,000-gallon Open Ocean tank—a sli...
Read more