The whitetip reef shark is found throughout the Indian and Pacific Oceans and is associated with the coral reef environment. In the Hawaiian Islands, they can be observed resting in caves or under ledges since they are the only shark in Hawaiian waters with the ability to stop swimming and rest for long periods at a time, making them more commonly observed by divers. These sharks are gray in coloration and have slightly flat heads with distinct white tips on the tops of the first and second dorsal and tail fins.

Whitetip reef sharks are active nocturnal predators with a diet that includes bony fish, crustaceans, and octopuses. With a gestation period of about 12 months, whitetip reef shark litter sizes will include anywhere from one to five pups. At birth, pups measure 1.7-1.9 feet in length and reach a maximum length of 5.6 feet as adults. On occasion, a whitetip might approach a diver out of curiosity — but they are not considered dangerous to humans.

Elasmobranch species, which include sharks, rays, and skates, have the ability to detect electromagnetic signals coming from the muscle movements of other organisms. A concentration of pores near the nostrils, around the head, and on the underside of the snout are called ampullae of Lorenzini and detect electrical signals given off by living organisms. When light is scarce in murky water or at depths and vision is impaired, this sixth sense is useful in locating prey. In some species, electroreception is also used as a compass during migration.

In Hawai‘i, sharks were worshipped, cared for, and protected as an ‘aumakua, or family deity while others viewed sharks as an important source of food and tools. Those who had the shark as their ‘aumakua wouldn’t hunt or eat sharks. They believed their departed ancestors took the form of a shark and would feed and protect the shark, and in return, the shark would protect the family. Shark stories are widespread in Hawaiian literature and make for a fascinating read. As a cultural consultant to the Maui Ocean Center, Kahu Dane Maxwell blesses each shark entering or leaving the park.

Did You Know...
Sharks play a crucial role as apex predators in keeping marine ecosystems balanced by removing sick, injured, and diseased animals. Therefore, they are vital to maintaining a clean and healthy ocean.
Hawaiian Name:
Manō Lālākea
Scientific Name:
Triaenodon obesus
Where to See:
Open Ocean exhibit*
Share with friends
Next Up 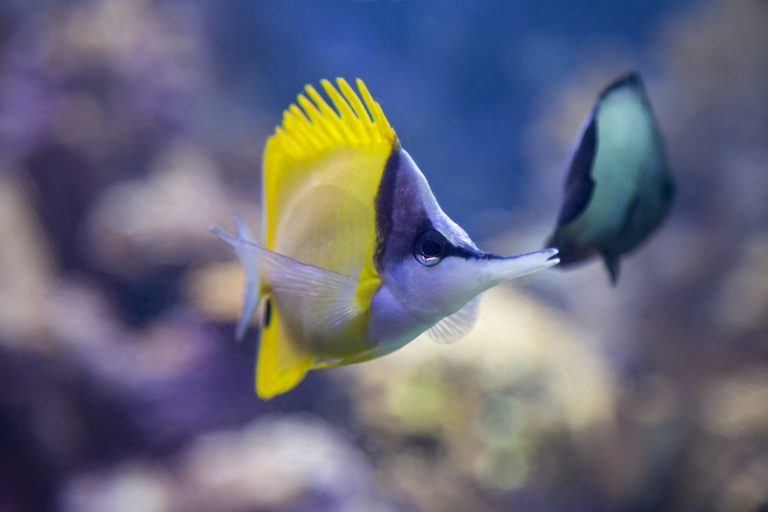