AUGUST 30, 2019, MĀ‘ALAEA, MAUI, HAWAIʻI –  Yesterday afternoon, Maui’s waters welcomed the addition of four new Hawaiian green sea turtles. These turtles were raised at Maui Ocean Center for the past three years where they served as ambassadors of their species. They are now embarking on their new chapter of life in the open sea. 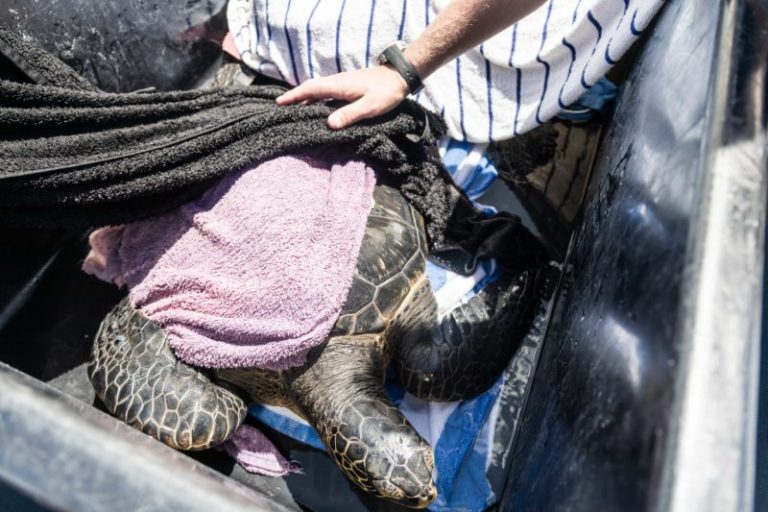 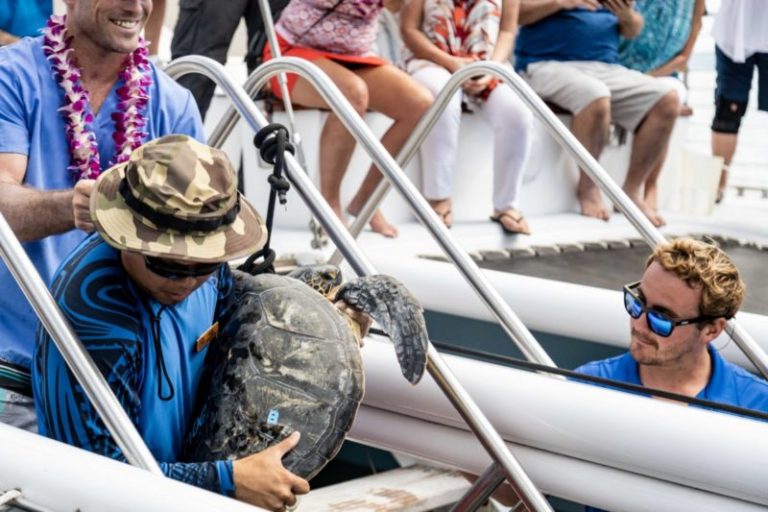 Luana (relaxed), Holokai (sea voyager), Kapena (captain), and Nanahea (full of life) were hatched at Sea Life Park Hawai‘i in 2016 before their transfer to Maui Ocean Center at two months of age. The turtles were an essential part of the Aquarium’s educational program to teach guests about Hawai‘i’s sea turtles while advocating for turtle conservation.

Through the partnership between Sea Life Park Hawai‘i and Maui Ocean Center, the Aquarium has raised and released 78 Hawaiian green sea turtles since 1998.

Yesterday, the turtles departed from Mā‘alaea, Maui aboard the Ali‘i Nui catamaran joined by Aquarium staff and special guests. At the release site, the turtles received a departing protocol by Kahu Dane Maxwell, the Aquarium’s Hawaiian Cultural Director. For the aquarists who provided care for the turtles since their arrival as hatchlings, it was a bittersweet farewell as they walked each turtle down to the water’s edge.

It was the turtles’ first introduction to the open ocean – following a brief pause, they began venturing out to explore their new surroundings.

The turtles were released with Passive Integrated Transponder (PIT) Tags as well as “MOC” and a letter marked on their shell for identification purposes. Maui Ocean Center encourages the public to keep an eye out for these turtles at a safe distance. If sighted, please report the date, time, ID letter, and location to Maui Ocean Center at (808) 270-7075, info@mauioceancenter.com, or social media. Maui Ocean Center still exhibits six sea turtles and is expecting new hatchlings soon. 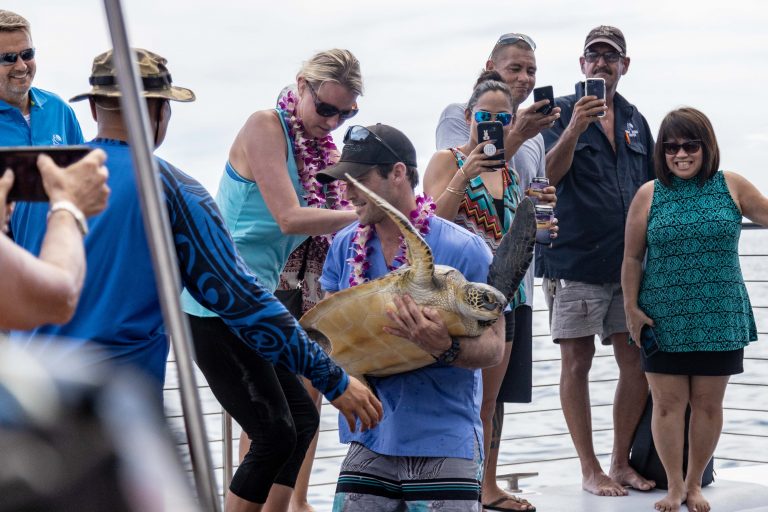 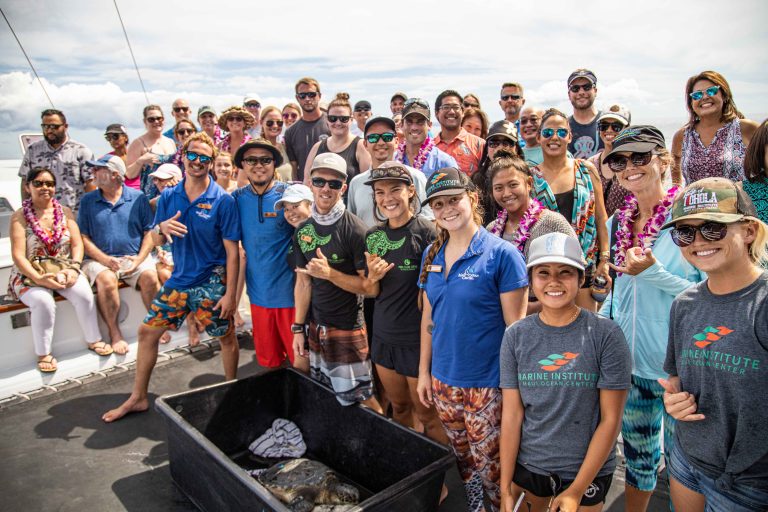