In the early morning of September 6th, 2017, a female grey reef shark gave birth to three healthy shark pups in Maui Ocean Center’s Open Ocean exhibit. The pups were recently cleared from their quarantine period and are now on exhibit in the Nursery Bay. 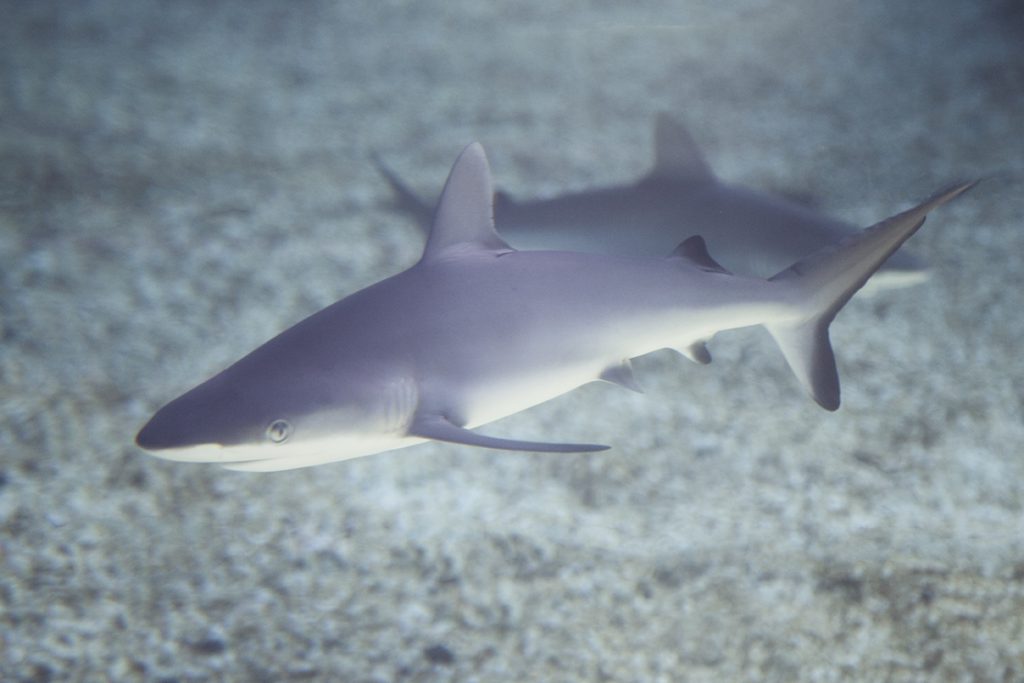 Prior to their transfer to Nursery Bay, the Aquarium’s outdoor exhibit that temporarily houses young sharks and rays, the pups were joined by Aquarium staff for a blessing by Ko’i Lum, Maui Ocean Center’s Cultural Practitioner. Under the guidance of Kahu Dane Maxwell, all sharks and rays that enter and leave Maui Ocean Center are given a traditional blessing.

The three pups will reside in Nursery Bay for a period of time before their eventual release to the ocean. Serving as ambassadors of their species, the presence of young sharks plays a significant role in the Aquarium’s educational presentations and tours that teach guests about shark anatomy, behavior, role in Hawaiian culture, and the challenges they face in the wild. The grey reef shark (Carcharhinus amblyrhynchos) is one of five reef shark species currently listed as Near-Threatened on the IUCN Red List.