Cradled by the calm waters of Ma‘alaea Harbor, the Mo‘okiha O Pi‘ilani (The Sacred Lizard of Maui) voyaging canoe is berthed behind the shelter of the harbor’s break wall, the only barrier separating it from a turbulent, white-capped sea. It rocks peacefully with the sounds of water lapping at its hulls with the occasional disturbance of the surrounding harbor activity. It is here that we met at Hui O Wa’a Kaulua’s for a special tour of the canoe, a tour that is now available to the public.

We were greeted with a welcoming chant by the crew, a protocol that is done before boarding the canoe. Once onboard, it didn’t take long to realize the vast amount of work and attention to detail that went into the construction of the canoe. Over six miles of rope binds the vessel together; nails were only used to secure the canoe’s solar panels. If one of the two masts break, its side rails can be removed and used as a replacement. Red reflective tape is strategically placed to help its navigator align the canoe with the stars while voyaging at night. It’s an impressive canoe that embodies traditional Polynesian voyaging design with minimal modern features, most of which are for safety. But it is more than just a sea vessel – it’s Maui’s first voyaging canoe built in over 600 years. 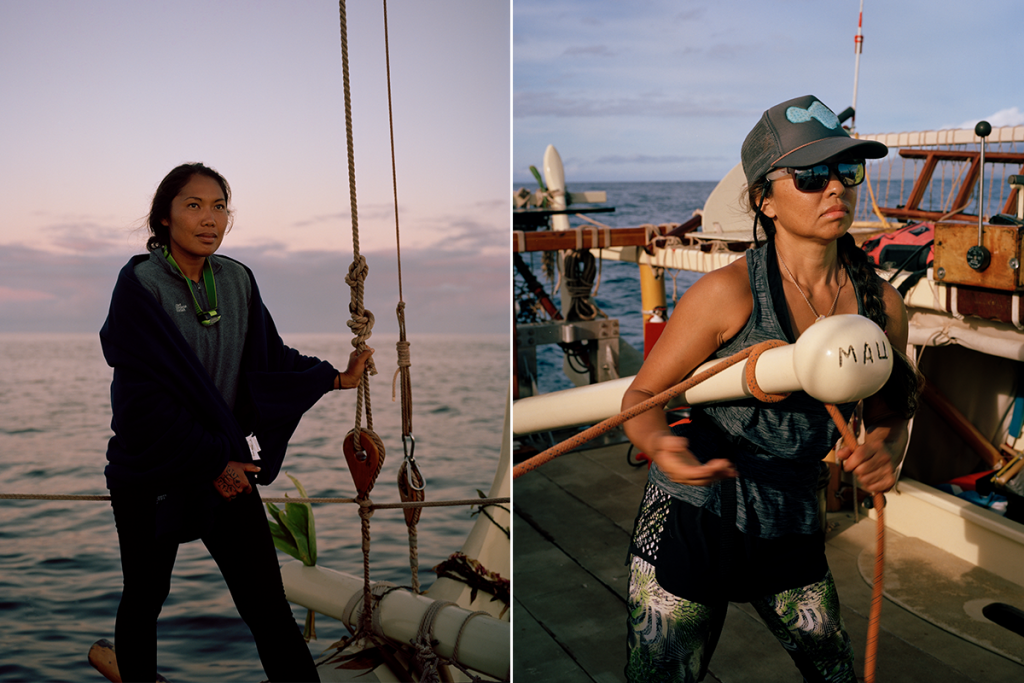 Mo‘okiha O Pi‘ilani is a 62′ wa‘a kaulua, a large, double-hull transoceanic voyaging canoe that joins the likes of the Hōkūleʻa and Hikianalia. It was launched on July 11, 2014 at Mala Wharf, Lahaina after 18 years of construction lead by Hui O Wa‘a Kaulua with the help of thousands of volunteers from around the world. It was built to cross oceans manned by a crew that lives and studies the way of Polynesian voyaging, a unique form of navigation that depends not on sextants or compasses, but solely on elements of the spiritual and natural world. These included the sun, moon, stars, clouds, ocean currents, birds, and more. Often times, the navigator relied on a “gut feeling” that could only be acquired through years of experience on the canoe. 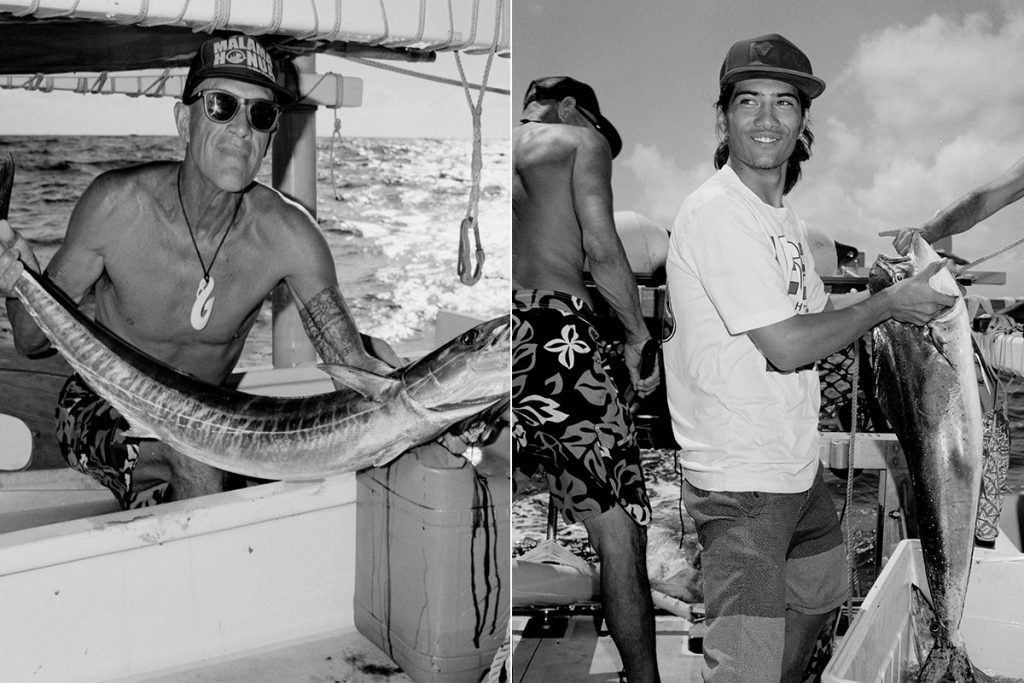 Life aboard the canoe is no easy task. Voyagers have to sustain themselves for weeks at a time at sea relying on teamwork. The crew works rotating shifts during the day and night, sleeping in small quarters tucked against canoe’s hulls. Crew members are in synch with the motion of the canoe, developing a sixth sense of what the canoe is doing in relationship to the ocean. Provisions, including fresh water, bananas, ulu (breadfruit), coconut, and more are rationed equally. Everything else is provided by the sea, thus a fisherman is assigned to catch fresh fish for the crew. The navigator held a critical role in understanding the stars and constellations, forming a mental map used to navigate the canoe to its destination.

Everyone had a role and a mutual understanding of not overstepping – you tend to your job and did not tell others how to do theirs. This respect was key to a peaceful, functioning environment. No pilikia – no trouble, everyone treated each other with respect and looked after each other.

Today, under the direction of Hui O Wa‘a Kaulua, the Mo‘okia O Pi‘ilani serves as a living classroom for Maui’s youth, residents, and visitors to learn about Polynesian voyaging and wayfinding. For more information, visit www.huiowaa.org.