“Do you see that line of cliffs overgrown with ti leaves? Do you see that stone lying there, shaped like an ‘īlio, a dog, with the head, the body, and all the features of a dog? … When Wahine‘ōma‘o had spotted the stone, she said, ‘Oh Hi‘i, I do see the stone you are talking about; it is like a great dog. But our dogs are tiny, and that one is huge.’” – Excerpt from The Epic Tale of Hi‘iakaikapoliopele (Nogelmeier, 2006). 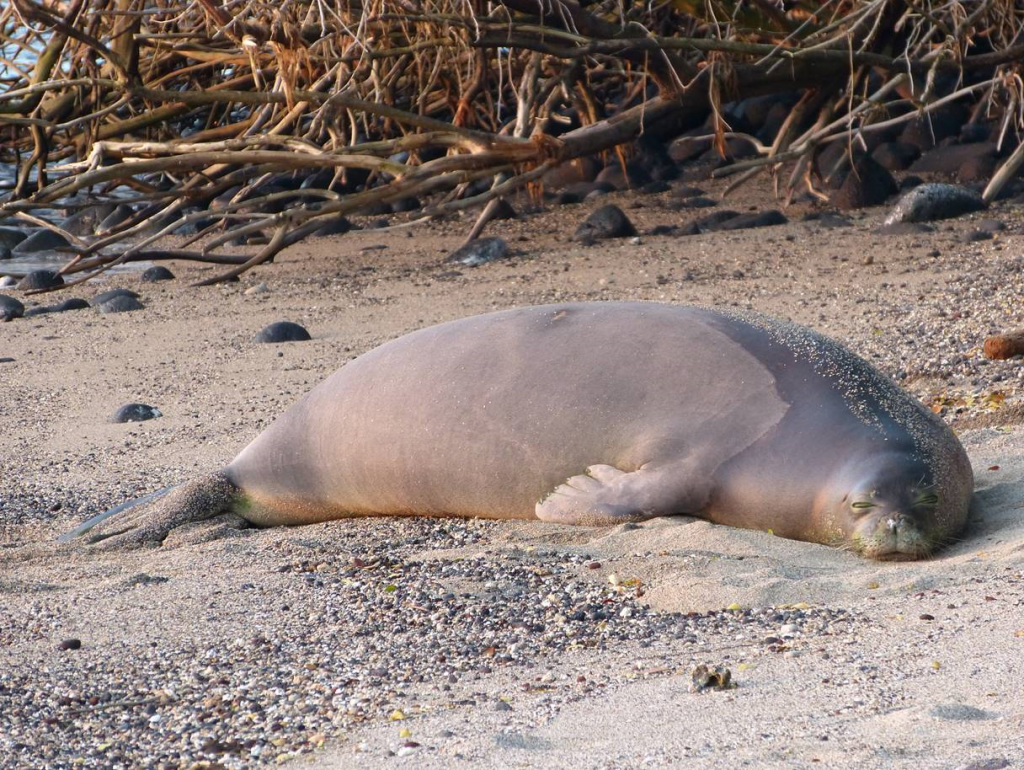 The Hawaiian monk seal is one of the most endangered species in the world. Photo by Shawn Caley, Maui Ocean Center Marine Naturalist.

Though it is not confirmed if Hi‘iakaikapolioplele, sister to the Hawaiian goddess Pele, is describing a Hawaiian monk seal, the characteristics of the dog-shaped stone are fitting to the seal’s appearance. Growing up to 6-8’ in length, weighing 400-600 pounds, and can be seen resting on shore, one could easily misidentify a monk seal as a large stone.

Known as ‘īlioholoikauaua in Hawaiian, “dog running in the rough seas”, the Hawaiian monk seal is endemic to the 1,500-mile Hawaiian Archipelago and found nowhere else in the world. Aptly named, monk seals have “puppy-like” faces, fur, whiskers, and even bark too. Whether exhibiting playful behavior or aggressively defending its pup, a monk seal can cause quite a commotion in the water.

Hawaiian monk seals have endured continuous decline since the 19th century. In the remote NWHI, the predation by sharks, competition for food, high pup mortality rates, disease, marine debris entanglement, and the legacy impacts of fisheries have contributed to the reduced seal population. In the MHI, where pups have a higher chance of survival and rehabilitation is easier to manage, the smaller population of monk seals is slowly increasing. But they face similar pressures as NWHI seals in addition to higher levels of human and fisheries interaction. 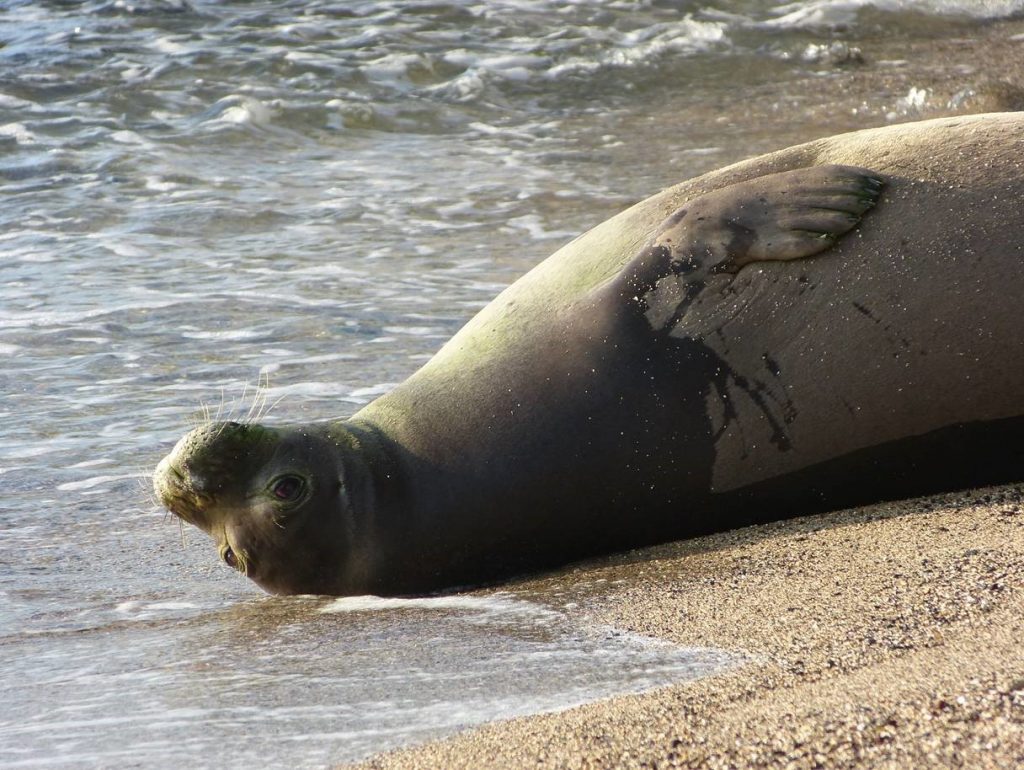 The Hawaiian monk seal is one of only two mammals indigenous to Hawaii’s terrestrial environment and is the State’s official mammal. Photo by Shawn Caley, Maui Ocean Center Marine Naturalist.

With over 30 years of intensive conservation and research efforts by NOAA, legislative protection, the establishment of Marine National Monuments, and the dedication of volunteers, progress has been made to stabilize the downward population trend. According to NOAA Fisheries, up to 30% of monk seals today are alive as a result of recovery intervention and the rate of monk seal population decline has been cut in half.

But there’s more work to be done. We’re at a pivotal stage in the conservation of this animal where saving an individual seal can make a lasting impact on the survival of its species. Although far removed from the NWHI, we can make a difference for our local population of seals in Hawaii. As we begin the New Year, consider adding these practices to your New Year’s resolution.

1. Avoid or reduce the use of plastics and ensure they are recycled or disposed of properly.
2. If you fish, use barbless circle hooks which reduce the severity of post-hook injuries and gives the seal a greater chance of ridding the hook on its own.
3. Report any seal sightings to NOAA Fisheries Service by calling (808) 292-2372 (Maui/Lanai hotline) and consider volunteering through NOAA’s monk seal response network.
4. Keep these wild animals wild by observing them from a minimal distance of 150 feet, avoid interactions, and keep your dog on a leash.