In 2015, scientists at Hawaii Pacific University’s Oceanic Institute reached a monumental milestone by becoming the first in the world to breed and rear yellow tangs in captivity. On December 18, 2017, Maui Ocean Center received its first generation of captive-bred yellow tangs to exhibit at the Aquarium to raise awareness about their species and the developing role of aquaculture in aquarium keeping.

Yellow tangs from HPU’s Ocean Institute represent an advancement in marine aquaculture technology, as well as an economic and conservation opportunity for Hawaii’s reef ecosystems. The yellow tang is a prized fish in the aquarium trade, an industry that relies heavily on wild collection due to the complexities of raising saltwater fish, and is one of the top fish species exported from Hawaiian waters to aquariums around the world.

“For aquarium hobbyists, the ability to source captive-bred species is both responsible and sustainable,” said John Gorman, Head Curator at Maui Ocean Center, “it could relieve pressure from local reef ecosystems and provide an alternative to collecting from the wild. With advancements in aquaculture technology, we’re hopeful that certain species will no longer need to be collected from local waters.” 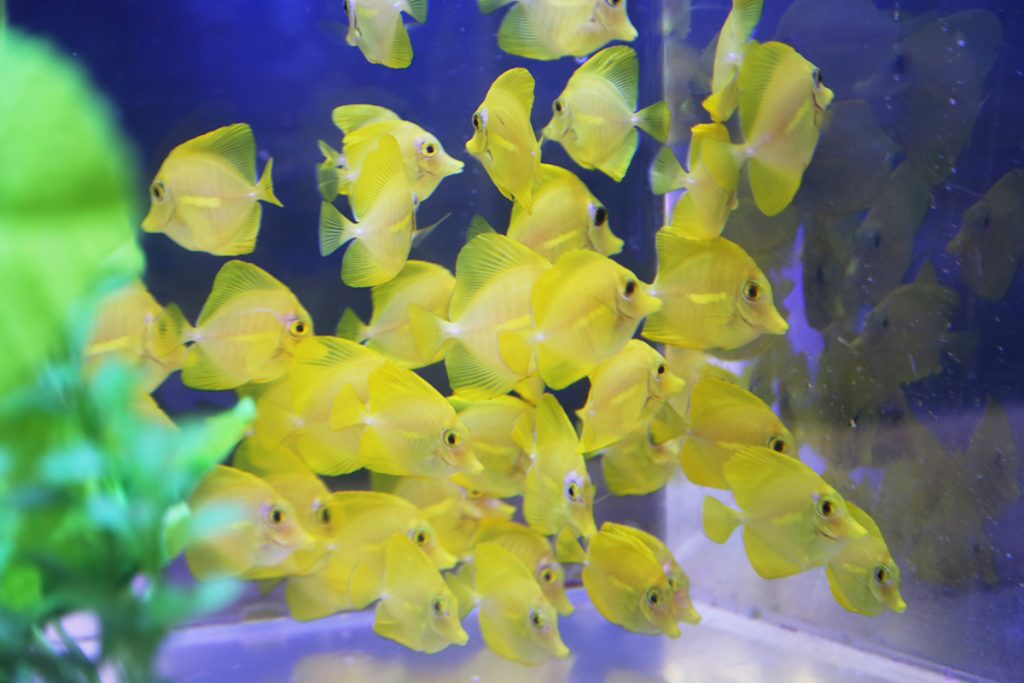 Over 80 juvenile yellow tangs have successfully acclimated to Maui Ocean Center’s Aquarium Lab. Their presence will be utilized to educate the public about Hawaii’s yellow tangs and highlight how fish produced in aquaculture facilities can lead to a viable alternative to wild fish collection practices.

“Our long-term goal is to create an exhibit dedicated to captive-bred Hawaiian fish species,” added Gorman, “we’re working with other Hawaii facilities who are trying to ‘crack the code’ for other species. The University of Hawaii at Hilo’s Pacific Aquaculture & Coastal Resources Center is working on the endemic flame wrasse. With support, these organizations could enter full-scale production and make a positive impact on the aquarium industry, but more importantly, protect our local reef ecosystems.” 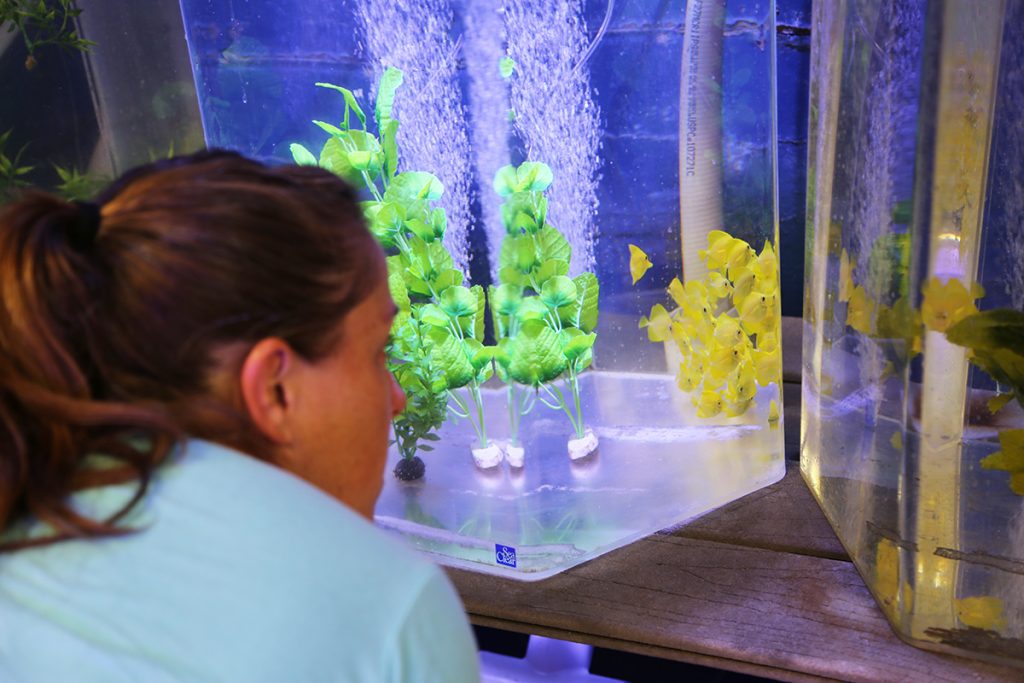 The juvenile yellow tangs will be raised by Maui Ocean Center staff in the Aquarium Lab. Guests can see these fish and learn more during the Aquarium’s Behind-the-Scenes Tour.