Growing up in Hawaii, we learned at an early age how to pronounce the notorious tongue twister: humuhumunukunukuāpua‘a. Correctly pronouncing the reef triggerfish’s Hawaiian name has long been used to test our visitors’ knowledge of Hawaii, which almost always resulted in a few good laughs and new versions of its name. Naturally, many of us assumed this was the longest Hawaiian fish name, but surprisingly there is another fish that has it beat – the longnose butterflyfish, known simply as lauwiliwili nukunuku ‘oi‘oi. 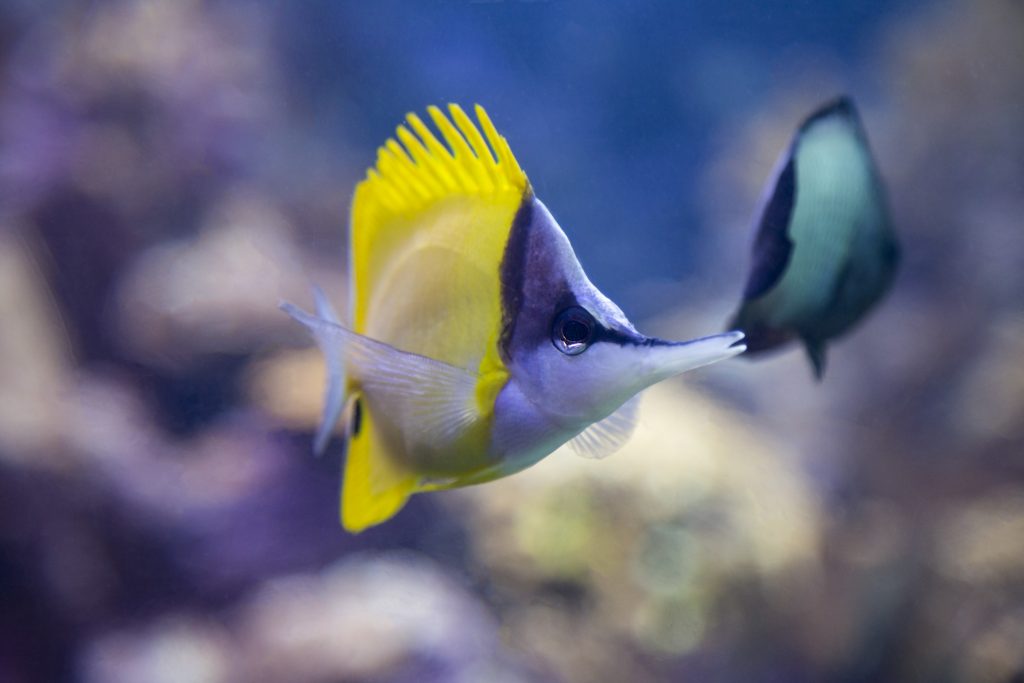 Lauwiliwili nukunuku ‘oi‘oi consists of 25 letters including its ‘okinas. Its common, scientific, and Hawaiian names are all derived from its physical appearance. Lauwiliwili refers to the similarity between the shape of the fish’s body and the wiliwili tree’s leaf, which is oval and turns yellow as it ages. Nukunuku (snout) and ‘oi‘oi (sharp) describe the fish’s narrow, elongated mouth. Together, it loosely translates as “long-snout fish shaped like a wiliwili leaf.” 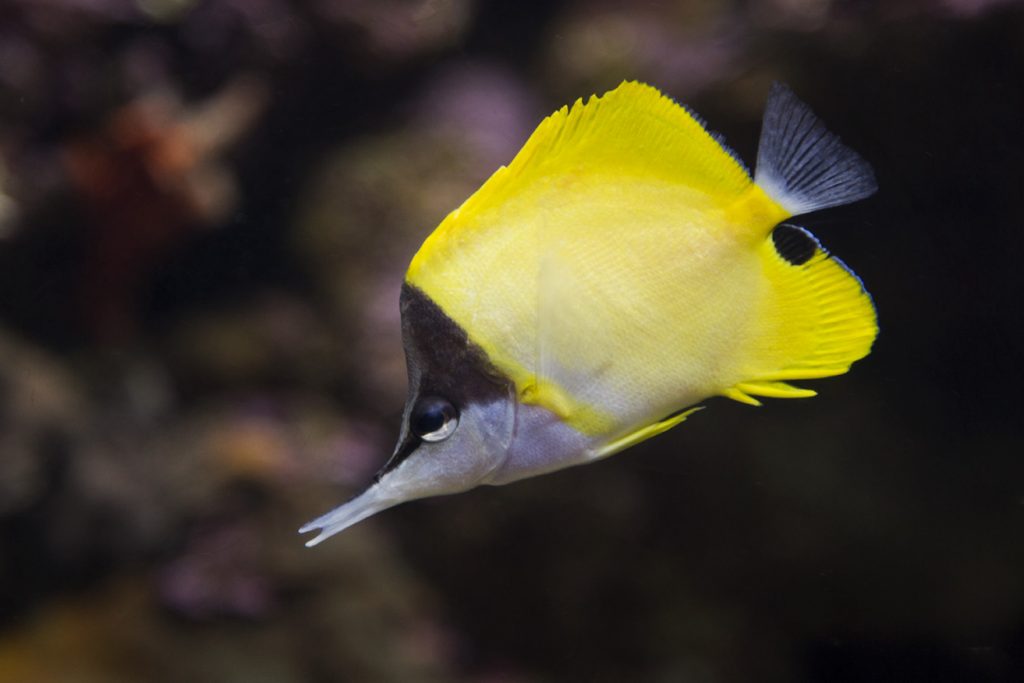 Although many marine animals have evolved to blend in with their environment, this butterflyfish did not. When faced by predators in the wild, butterflyfishes often stop and turn their bodies sideways rather than flee, leading some scientists to believe that yellow may serve as a warning color.

Another difference between the two species is their main habitat. The common longnose butterflyfish lives in shallow water environments throughout the Hawaiian Islands and is more visible to snorkelers. However, the big longnose butterflyfish is rarely seen as it lives in deep water environments beyond coral reefs, most notably off the Kona coast of the Big Island, Hawaii.

The lauwiliwili nukunuku ‘oi‘oi has a unique and perhaps lesser-known history in Hawaii. A British explorer named Captain James Cook embarked on a Pacific-voyage from 1776-1780 where he and his crew would become the first Europeans to encounter the Hawaiian Islands. During this expedition, which included documenting scientific observations, the big longnose butterflyfish is believed to have been the first Hawaiian marine species to be collected and identified by an English scientist. In more recent years, over 55,000 public votes were cast in 1984 to name the State of Hawaii’s official fish. The lauwiliwili nukunuku ‘oi‘oi finished in third place following a narrow defeat by the manini (convict tang) and a landslide victory by the humuhumunukunukuāpua‘a. Today, it remains as a living testament to the beauty and wonder of Hawaii’s reef fishes. 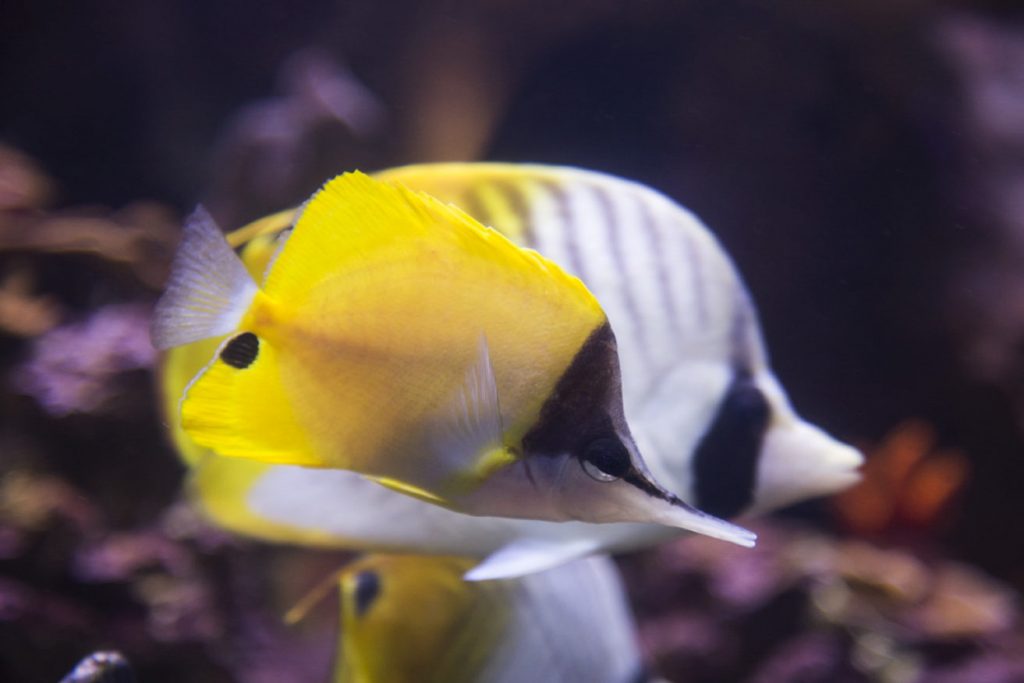 About half of the butterflyfish species feature a dark head or vertical band to conceal their real eyes while a false eyespot is displayed at the base of its tail; many believe this confuses predators.

At the Maui Ocean Center, a few common longnose butterflyfish peacefully swim alongside other reef fishes in the Living Reef exhibits. When we look at a coral reef, whether at the Aquarium or in the waters surrounding Maui, we often see a single image of a living community rather than the individual species that make up this brilliant seascape. But if you look closely, every animal has a unique role, a connection to local culture, a lesser-known history, and in the case of the lauwiliwili nukunuku ‘oi‘oi – a really, really interesting name.

It just goes to show that for anyone who enjoys the ocean, even kama‘āina like me who were raised near the sea, there is always something new to learn about Hawaii’s marine life!