February 16, 2018, MA‘ALAEA, MAUI, HI – On Wednesday, February 14th, 2018, Maui Ocean Center, The Aquarium of Hawaii held a groundbreaking blessing for the construction of a new whale exhibit which includes a specialized dome theater. Utilizing state-of-the-art dual laser projection technology, the dome theater will enable visitors to dive among humpback whales in an immersive, virtual experience. The monolithic dome theater will be the first of its kind in Hawaii. 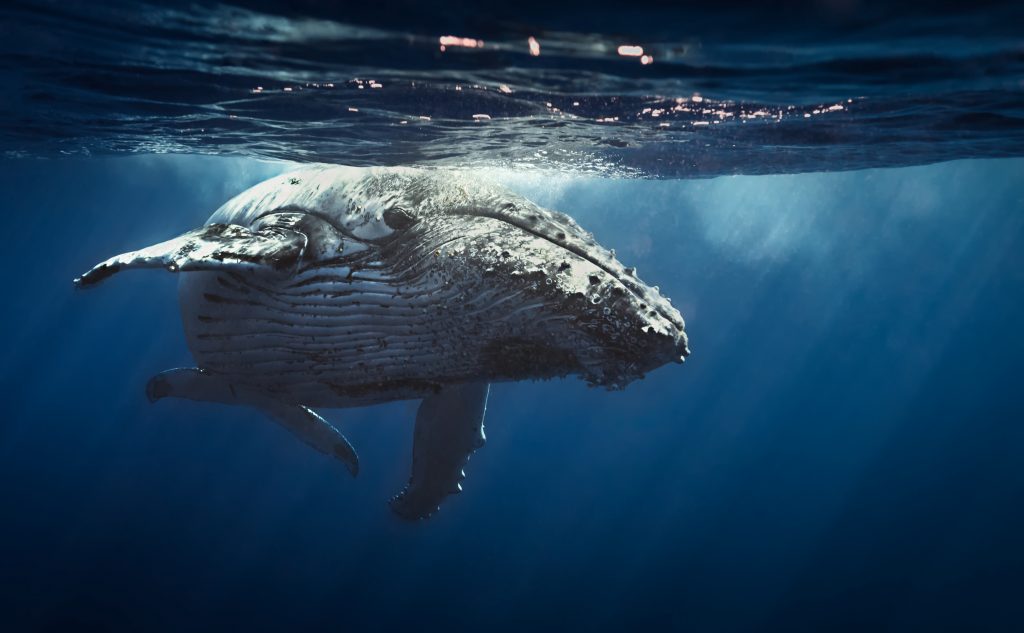 Maui Ocean Center’s Exhibit Designer Chris Masterson and Construction Project Manager James Carpio were tasked to create an experience too large for an aquarium tank. The new whale exhibit will celebrate the Humpbacks of Hawaii by bringing these animals to Maui Ocean Center through cutting-edge visual and audio technology. The exhibit space will focus on the whales’ nomadic lifestyle, their behaviors at any given point of their migration, the different roles they engage in, and the migration routes taken globally, regionally, and within Hawaii. 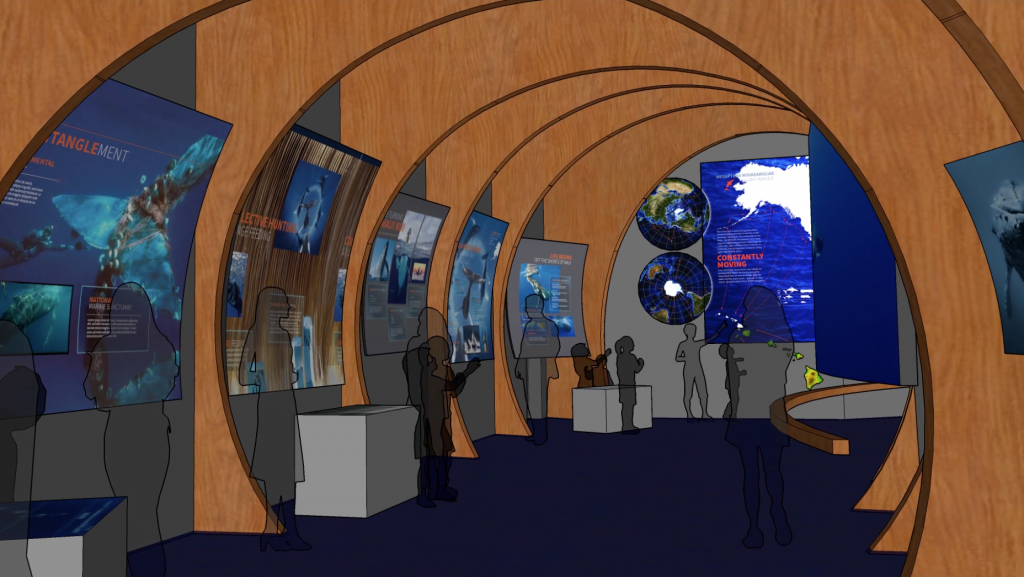 Concept rendering of the exhibit hall. Subject to change.

Created in part with local Maui artisans and marine specialists, the facility will feature an exhibit hall with interactive learning stations and previously unseen footage of local humpbacks. The high-point of the exhibit will be an immersive, 3D short-film enabling viewers to dive with the humpbacks of Maui Nui inside a new 139 seat dome theater.

Humpback whales will come to life through the combination of active 3D glasses and 4K high definition imagery produced by multiple laser projectors. The dynamic 7.1 surround audio will be enhanced by a LEED-certified acoustical system that is made of 100% recycled cotton and utilized by the likes of NASA and the U.S. Navy. The collective experience blurs the boundaries of reality and transports the viewers into a world many may never experience in their lifetime.

The announcement of the new development comes on the eve of Maui Ocean Center’s 20th anniversary. Kahu Dane Maxwell presided over a blessing of the groundbreaking ceremony which marked the beginning of the exhibit’s construction phase. The exhibit will replace the Aquarium’s Nalu Lawn which is being relocated within the park. Maui Ocean Center anticipates having the exhibit completed by summer of 2018.