Tuesday, September 11, 2018, MA‘ALAEA, MAUI, HI – Maui Ocean Center is proud to announce the newest addition to its sea turtle ‘ohana: six Hawaiian green sea turtle hatchlings. The hatchlings were relocated from a nesting colony at Sea Life Park Hawaii to the Aquarium where they will reside for the next two years as ambassadors of their species until their release to the ocean.

The three-month-old hatchlings spent the last week undergoing a quarantine process behind the scenes at Maui Ocean Center. Aquarium staff monitored and acclimated the hatchlings to their new home. Today, the hatchlings and Turtle Lagoon exhibit received a blessing by the Aquarium’s Hawaiian Cultural Advisor, Kahu Dane Maxwell, and are now on exhibit for Aquarium guests. 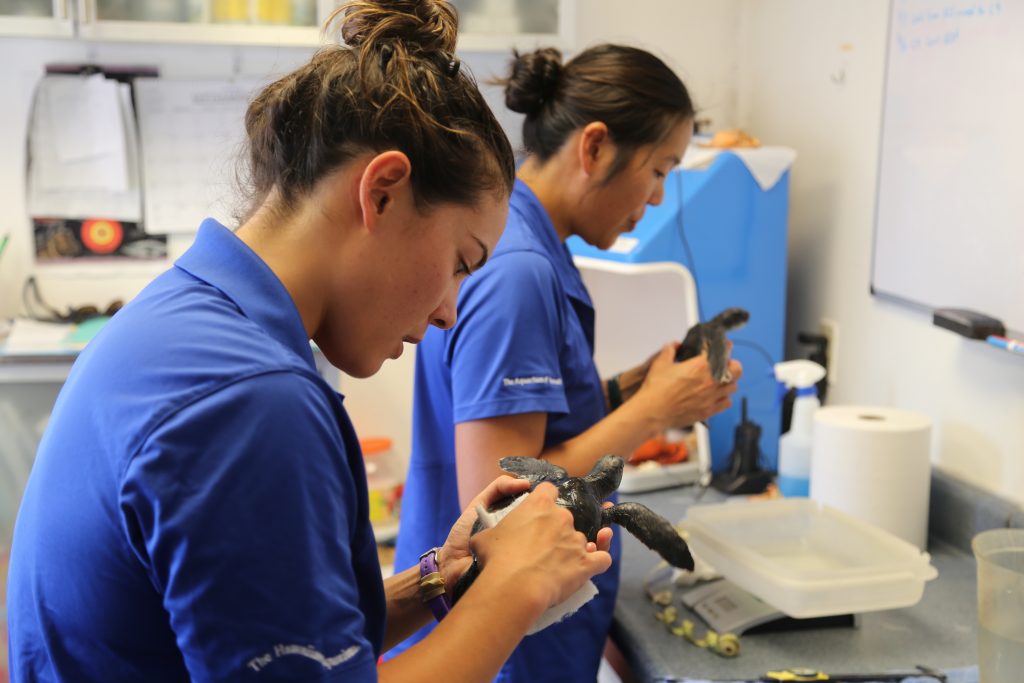 It’s extremely rare to see Hawaiian green sea turtle hatchlings in Hawaii. Once hatched, baby sea turtles leave Hawaii’s coastal beaches for the open ocean where they develop during a period of their lifetime known as “The Lost Years” before returning as sub-adult and adult sea turtles. The hatchlings at Maui Ocean Center provide guests with a unique opportunity to see and learn about this unique period of the turtle’s development. 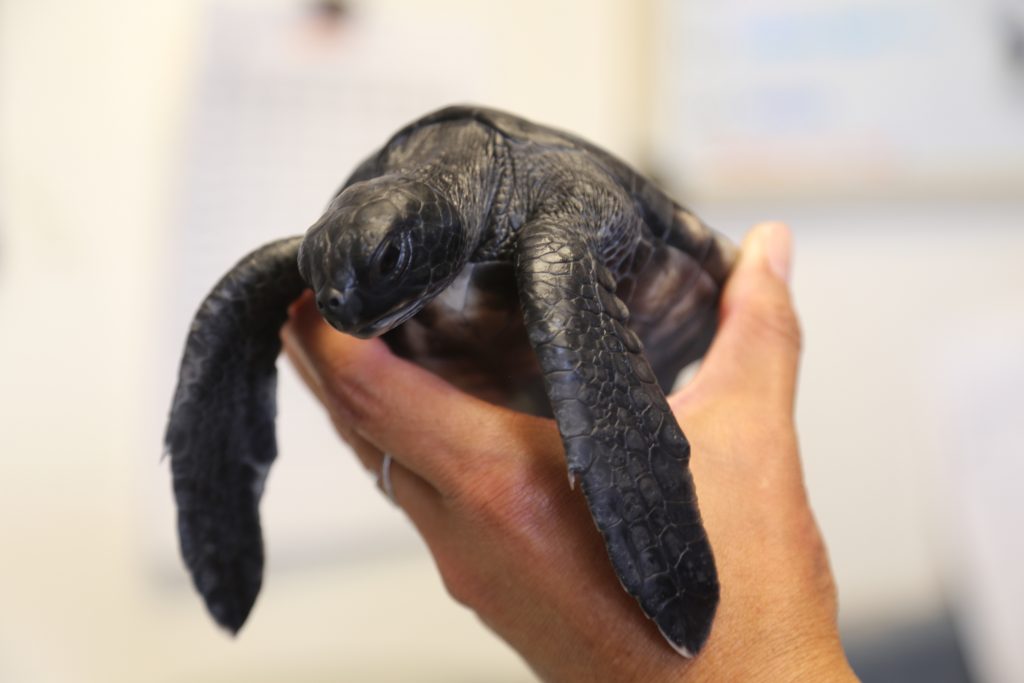 Maui Ocean Center has raised and released 74 Hawaiian green sea turtles since 1998. Two hatchlings will be exhibited at a time at Turtle Lagoon while the remaining turtles remain behind the scenes with the Aquarium’s curatorial staff. Guests can see the hatchlings at Turtle Lagoon, Turtle-rrific Tuesdays, or on a Behind-the-Scenes Tour.