Exhibit curator, diver, and aquarist, the Maui Ocean Center curatorial team is divided into different roles but collectively serve a single purpose: to be caregivers for the marine life at the Aquarium. From exhibit maintenance to animal husbandry, working with wildlife is not always routine. It’s an evolving process that sees new challenges and experiences around every corner, including the creation of new life. 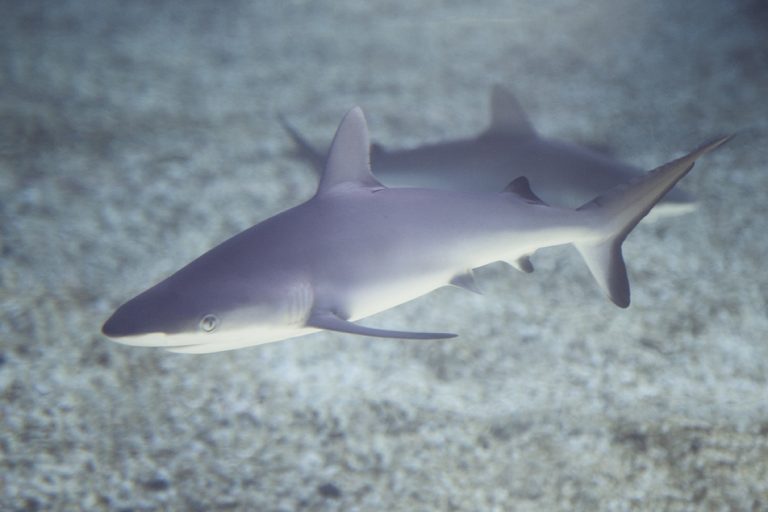 Recently, a pregnant grey reef shark gave birth to two male shark pups. For over a year, Head Curator Jim Luecke and his team have observed the mother’s progression through pregnancy and were anticipating the arrival of the pups. When the sharks were born, the team immediately transferred them into specialized pools to begin their acclimation process.

Safeguarded in circular blue tanks, the pups went through a cultural protocol with our Hawaiian Cultural Director, Kahu Dane Maxwell. This protocol, established by the late Kahu Charles Maxwell, is unique to Maui Ocean Center and requires the presence of a Hawaiian Kahu (minister or caretaker) when sharks arrive and depart the Aquarium. Sharks are revered in Hawaiian culture in both physical and spiritual realms, as they are viewed as ‘aumakua (ancestral deity) to select families. These values are observed in the care of marine life at the Aquarium.

The pups were evaluated over a period of time – swimming patterns, feeding, and behavior were documented. Once deemed healthy, the pups were greenlit to move on exhibit.

Raising pups requires special care just as you would with a newborn child. While there are striking differences between raising a child versus a shark, the fundamental need to create a safe and nurturing environment remains unchanged. 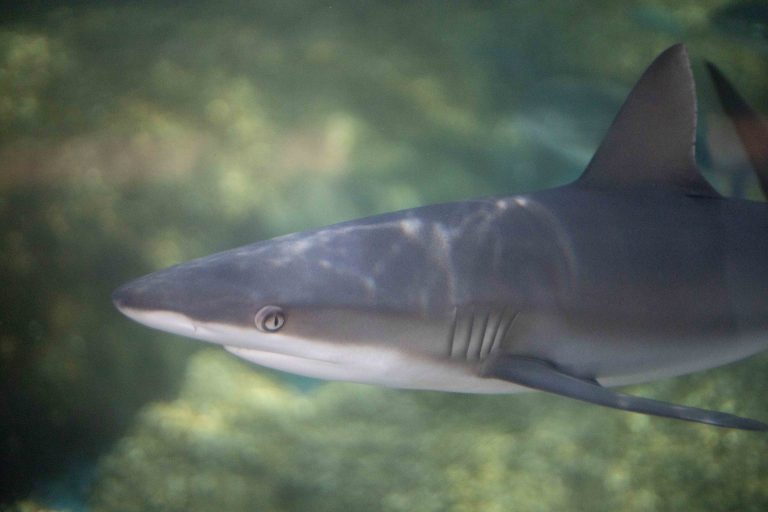 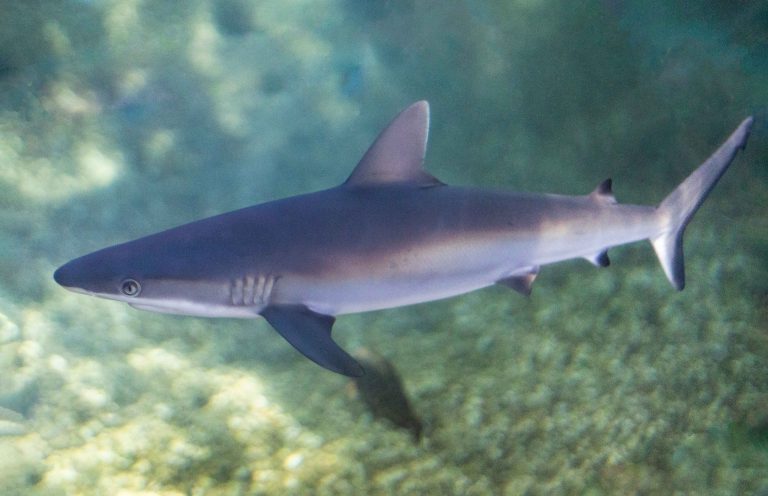 The Nursery Bay exhibit is ideal for pups, where they share the space with animals comparable in size and temperament. The exhibit is monitored for signs of distress or interspecies aggression. “Initially, there was some ‘sibling rivalry’ between the two pups or what I call brotherly love,” recalled Luecke. “The older male was a bit bullish, we almost had to put him in ‘time out’. We can separate sharks if needed, but eventually, they settled down.”

Jim and company meal prep for the sharks daily. Restaurant quality food items, including fresh locally caught fish, is prepped in the curatorial kitchen. Squid, shrimp, anchovy, herring, sardine, tuna, mahimahi, and snapper, all chopped or whole, provide a diverse diet that is key to the pups’ development. They are fed with broadcast feeding techniques – food is introduced at the surface of the water to prevent sharks from associating humans as a food source.

As parents form bonds with their children, so does our curatorial team with the pups. Raising a shark to adulthood is no small feat, and the time spent caring for these animals fosters personal connections and memories along the way.

“They’re like our keiki,” said Luecke. “Just seeing how small they are when they’re born – how precious, sensitive, and delicate they are is fascinating. Being able to raise pups is one of the coolest things that I get to do. It’s a privilege to work so closely with these animals at such a young age.”

For the time being, the pups’ presence will help educate guests about the cultural and ecological significance of sharks while advocating for shark conservation. They will eventually outgrow their exhibit, and like young adults who move out of home for the first time, the pups will eventually part ways with those who raised them.