War is about to break out on the reef. Squadrons of fish circle overhead like fighter planes poised to strike. One by one, the attackers commence their dive on a vulnerable nest of eggs. Reacting with lightning speed, a Hawaiian sergeant fish intercepts the predators and engages in a “dogfight” to defend its nest, repelling barrages of attacks until forcing a retreat. While some causalities are sustained, the nest remains intact. 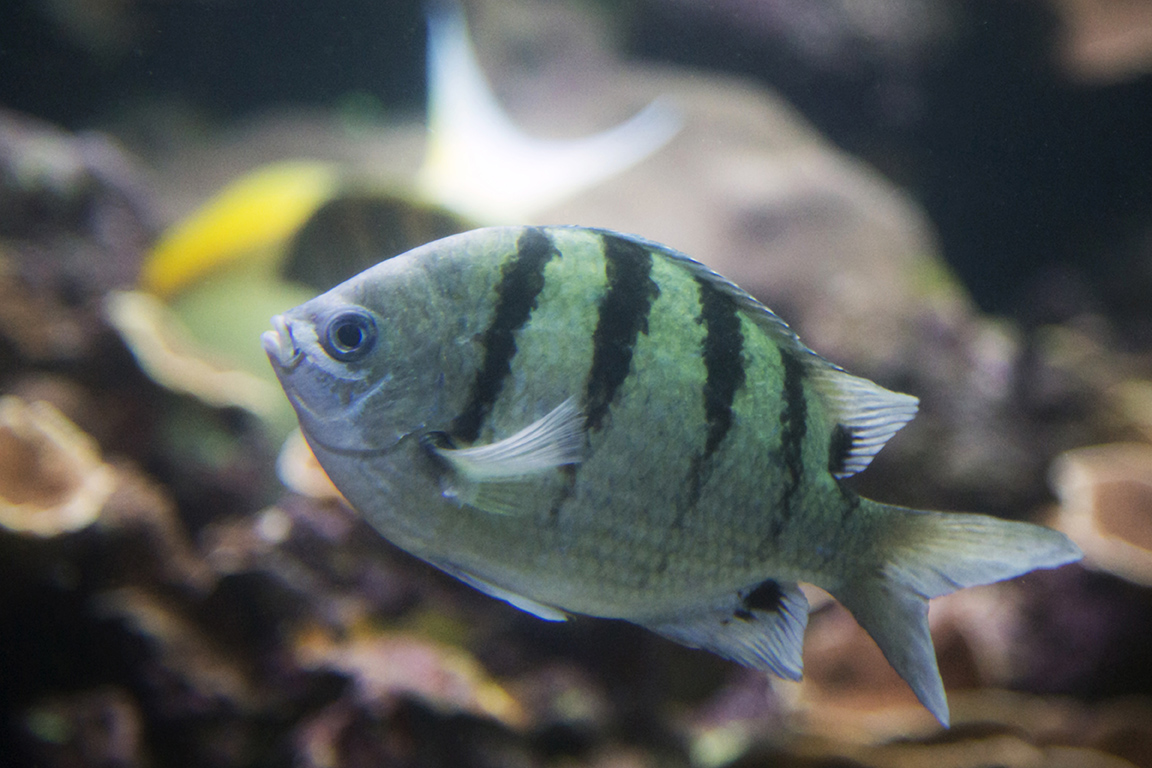 The Hawaiian sergeant fish (Abudefduf abdominalis) is a staunch defender with a gritty personality – it’s no surprise that its name is derived from a military officer’s rank. But there’s more in similarity between the two than just the name. The Hawaiian sergeant commands respect, is combat ready, and fights relentlessly against all odds when defending its nest. Although the Hawaiian sergeant does not wear olive drab fatigues, its greenish-blue body and vertical black bars over faint gold accents resembles the striped insignia worn on a sergeant’s uniform.

The Hawaiian sergeant “earns its stripes” through nest defense. Like a soldier on guard duty, a male Hawaiian sergeant spends the majority of daylight hours patrolling and defending its nest until the eggs hatch, a time that can range up to 10 days. For unknown reasons, Hawaiian sergeants typically form nests on vertical surfaces, boulders, ledges, and flat open areas within the reef that are vulnerable to predation.

Like a soldier on guard duty, a male Hawaiian sergeant spends the majority of daylight hours patrolling and defending its nest until the eggs hatch, a time that can range up to 10 days. 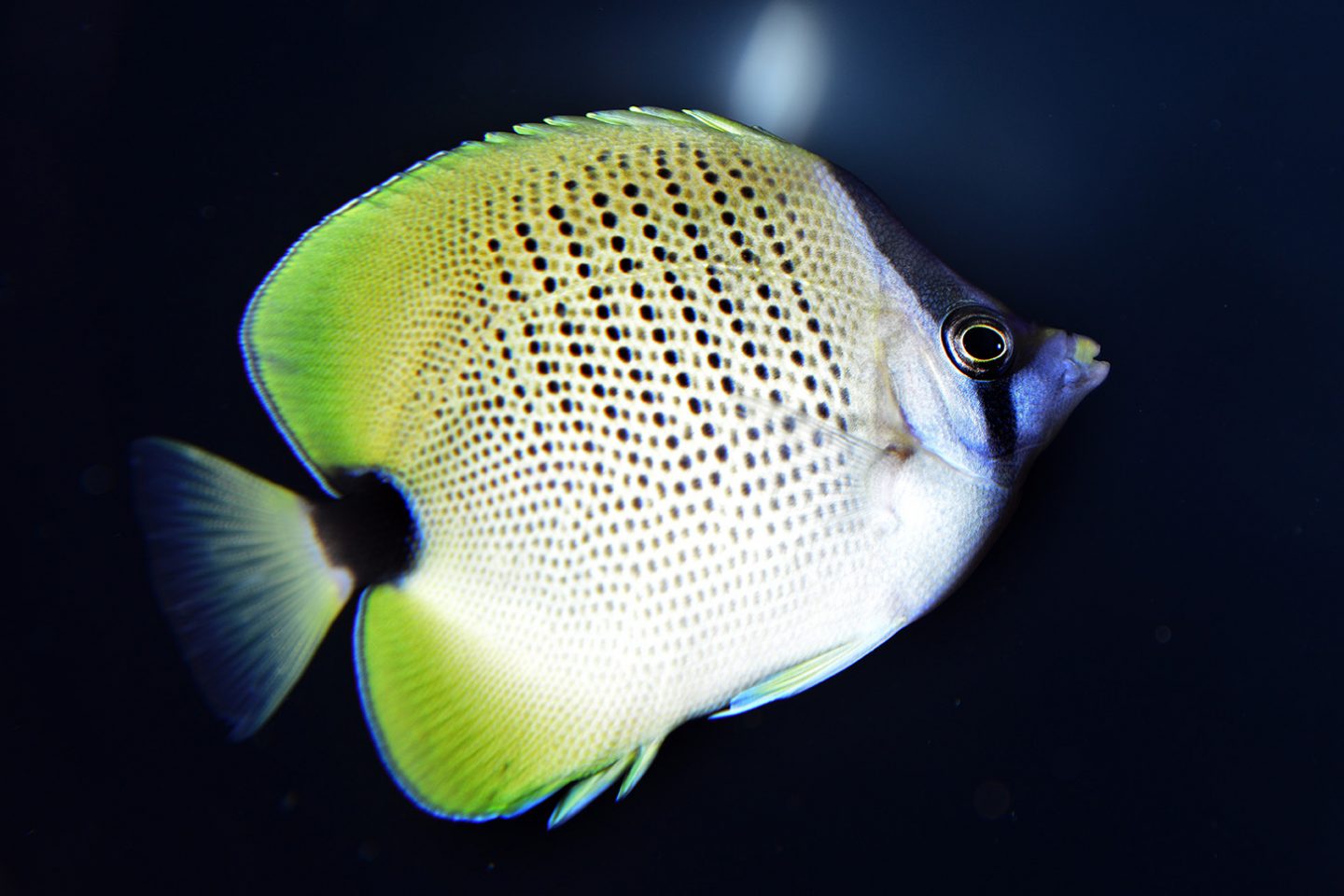 The purplish-red, protein and fatty rich eggs are a high target for other reef fish including triggerfishes, wrasses, butterflyfishes, and even other sergeant fishes. But of all the potential predators, the milletseed butterflyfish can be seen as the Hawaiian sergeant’s arch nemesis. Once a milletseed butterflyfish attacks the nest, it signals an open invitation for other reef fish to commence a feeding frenzy. Darting back and forth, flashing its body color from green to blue, the Hawaiian sergeant deploys a number of defensive tactics. The scene is chaotic with explosions of color engulfing the entire nest.

During large-scale feeding blitzes, the Hawaiian sergeant’s defenses can be broken, but the nest generally survives as a result of the male’s determination and valiant efforts to push back the attackers.

Although small in comparison, the courage, bravery, and protective nature of the Hawaiian sergeant reminds us of the heroic traits shared by the men and women of the United States Armed Forces. November 11th is Veterans Day, a time to recognize and honor those who served in the U.S. military with expressions of words and acts of appreciation for their service. Maui Ocean Center salutes our veterans and extends a special mahalo to those who go above the call of duty to protect our home and country.