‘Opihi Treasured as a Cultural Delicacy

‘Opihi picking is a dangerous dance between the rocks and surging sea. Within seconds, the horizon disappears as a wave crashes against the rocks with a thundering force. The eruption of seawater engulfs the shoreline with a fury of white water. As the chaos subsides, a small window of safety opens as a drenched figure emerges from the receding water. Before the next wave hits, the fisherman quickly pries away at Hawai‘i’s deadliest catch – the ‘opihi. “He i‘a make ka ‘opihi”, the fish of death.

But ‘opihi are far from anything dangerous. They are harmless, algae-grazing limpets that cling to the rocks of Hawai‘i’s coastlines. Protected by their conical shell and ability to hold fast, ‘opihi endure the immense power of waves pummeling against them. The “fish of death” alludes to the dangers that Hawai’i’s fishermen face to brave the islands’ most treacherous coastlines to harvest ‘opihi. To the ‘opihi picker, the risks are worth bringing home a local delicacy and continuing a tradition that is deeply rooted in Hawai‘i’s culture.

Beyond the dinner table, ‘opihi is integrated into Hawai‘i’s society. Music, like the Ka‘au Crater Boy’s popular “‘Opihi Man” song,  commemorates ‘opihi picking. Parents refer to their infants as ‘opihi for their unwillingness to leave their embrace. Old shells are turned into jewelry. ‘Opihi was a staple of pre-contact Hawaiian diet and their shells used as scraping tools. It’s also a part of the Kumulipo (creation chant) – “Hānau ka Makaiauli, o ka ‘Opihi kana keiki, puka”, born was the big limpet, his child the small limpet came forth. 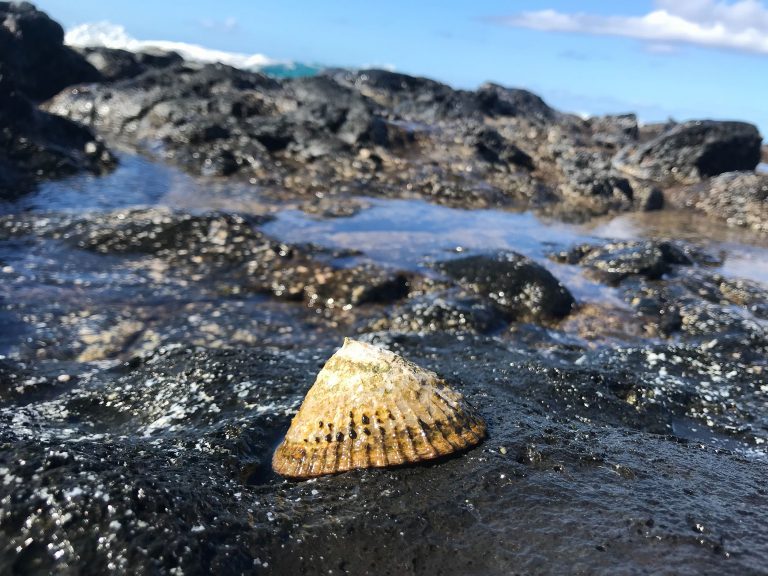 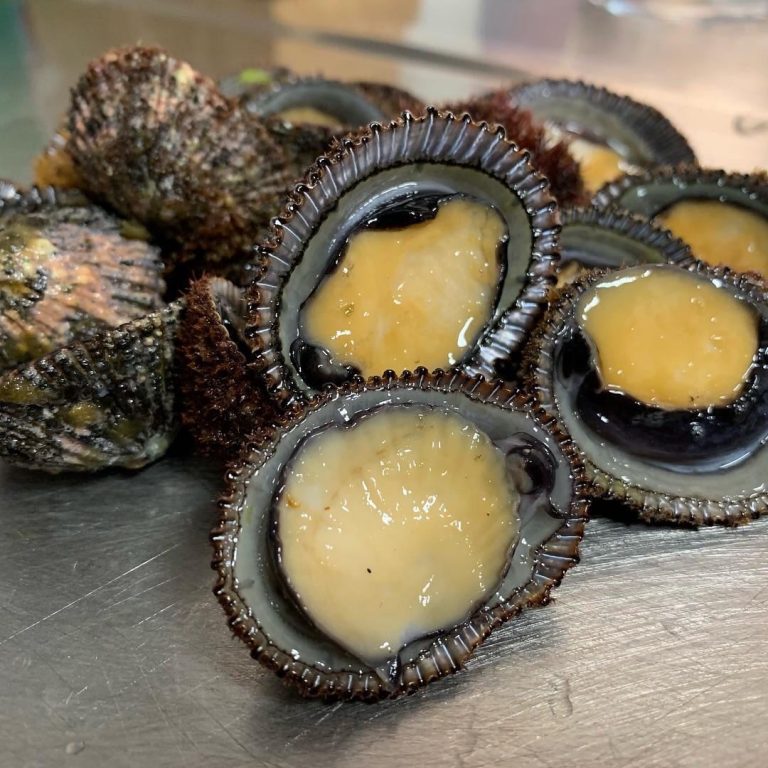 ‘Opihi represents the simplicity of Hawai‘i living. Plucked off the rocks with nothing more than a butter knife, ‘opihi is consumed raw or pūlehu (grilled) over a fire served with your favorite sauce – like shoyu and chili pepper water. Eating ‘opihi is an acquired taste and not for everyone. You won’t find it on the menu at restaurants. But those who eat ‘opihi can attest that it tastes like the ocean, and for many, it’s a nostalgic vessel to the golden years of Hawai‘i.

The love for ‘opihi have had inadvertent effects. ‘Opihi populations have declined over the past century driven by increasing demand and harvests. A once bountiful resource is becoming harder to find and pushing ‘opihi pickers into more remote and dangerous coastlines. While fishery regulations exist, community-based management programs have begun to take form.

In East Maui, the establishment of ‘Opihi Rest Areas returns to Hawai‘i’s traditional management practice of creating resting areas for population recovery. The Kipahulu ‘Ohana and Nā Mamo O Mu‘olea created voluntary “no-take” zones to give ‘opihi a chance to rebound and repopulate shorelines. Working with scientists, non-profits like The Nature Conservancy, and local government, this collaborative effort includes educational outreach and monitoring to improve management policies. The coalition between Hawaiian stewards and the monitoring protocols of scientists is creating a model that spells hope for the future of ‘opihi.

The ‘opihi is one of many fibers that construct Hawai‘i’s cultural and social identity. It connects people with friends, families, and the ocean. While the ‘opihi faces an uphill road to recovery, its story has always been one of endurance, and ‘opihi will do what they do best – cling on for survival.