Behind-the-scenes can be an exciting place to be! Although rarely accessible to the general public, this area was opened to a few scientists in 2014 to facilitate studies on different types of sea urchins. In March, Jason Hodin In March, scientist Jason Hodin conducted an experiment at Maui Ocean Center to study the metamorphic stages of sea urchins. Paddle urchins and red pencil urchins successfully spawned in our behind-the-scenes lab, producing larvae that he was able to transport back to his lab in California. Here are photos he sent us photos of the larvae through a microscope. 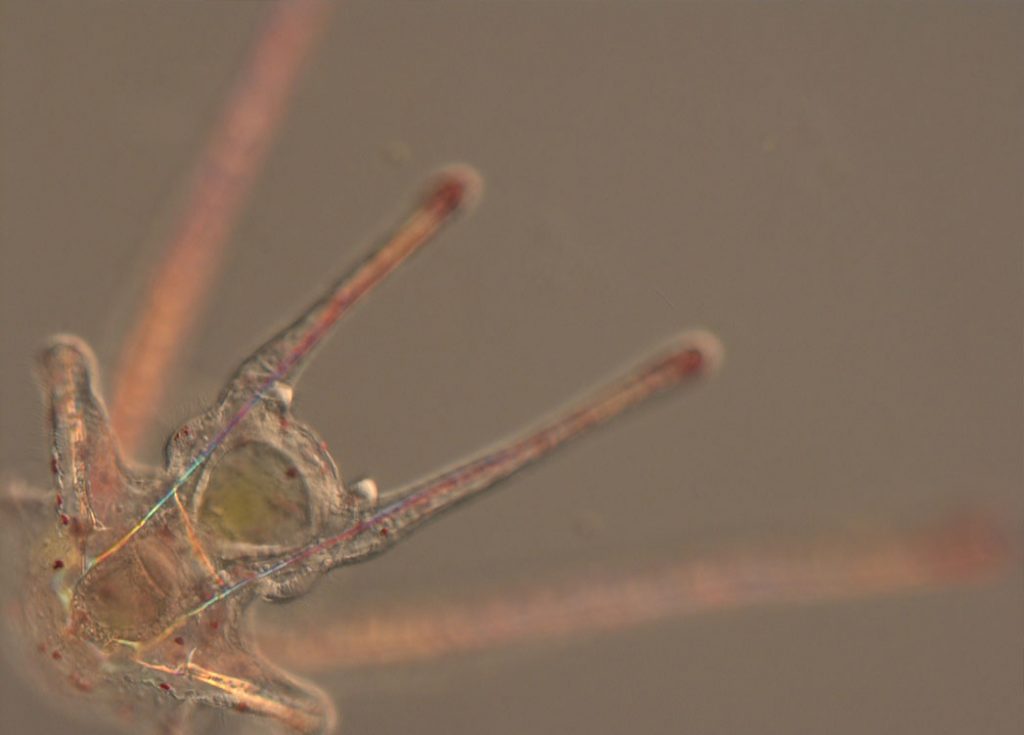 In the summer, Maui Ocean Center also welcomed a team from Scripps Institution of Oceanography to conduct research in the Aquarium’s behind-the-scenes lab. Levi Lewis, one of the graduate students who spent the summer with us studying sea urchins, describes his project, “We are doing a variety of projects and the MOC has been central to this summer’s work. We are looking at functional diversity of Maui’s diverse urchin populations, exploring differences in algal grazing patterns/preferences, grazing rates, and metabolic rates. We’ve used the MOC to conduct metabolic assays on 5 different species of urchins this summer: black wana, blue wana, rock boring, collector, and slate pencils. 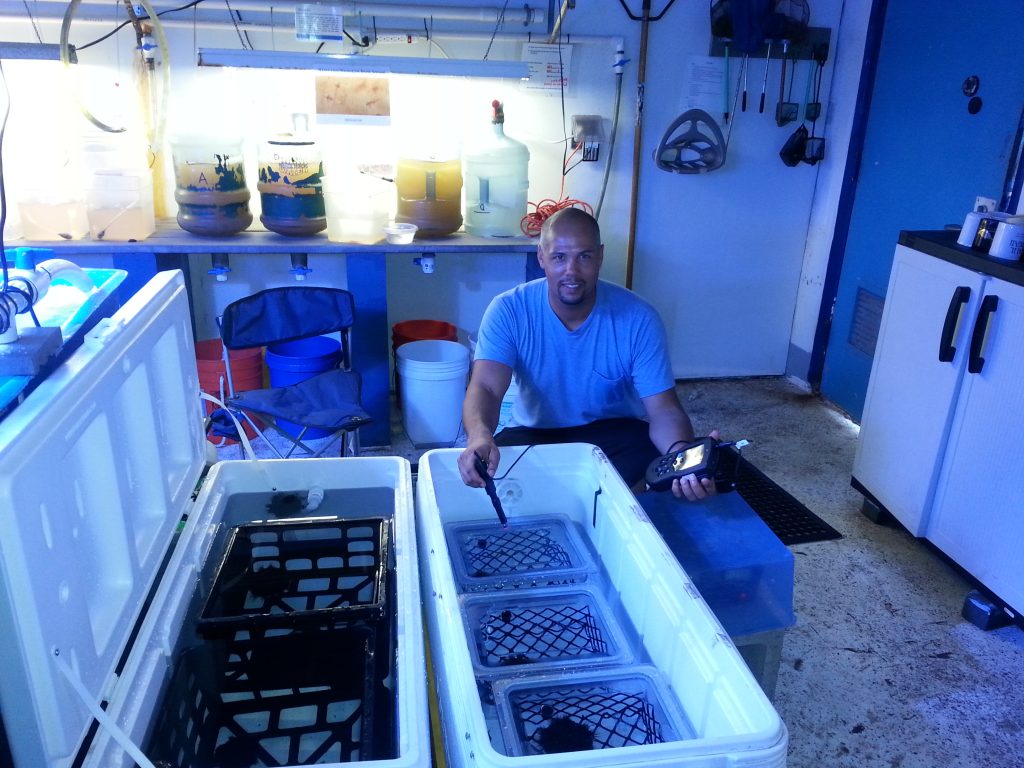 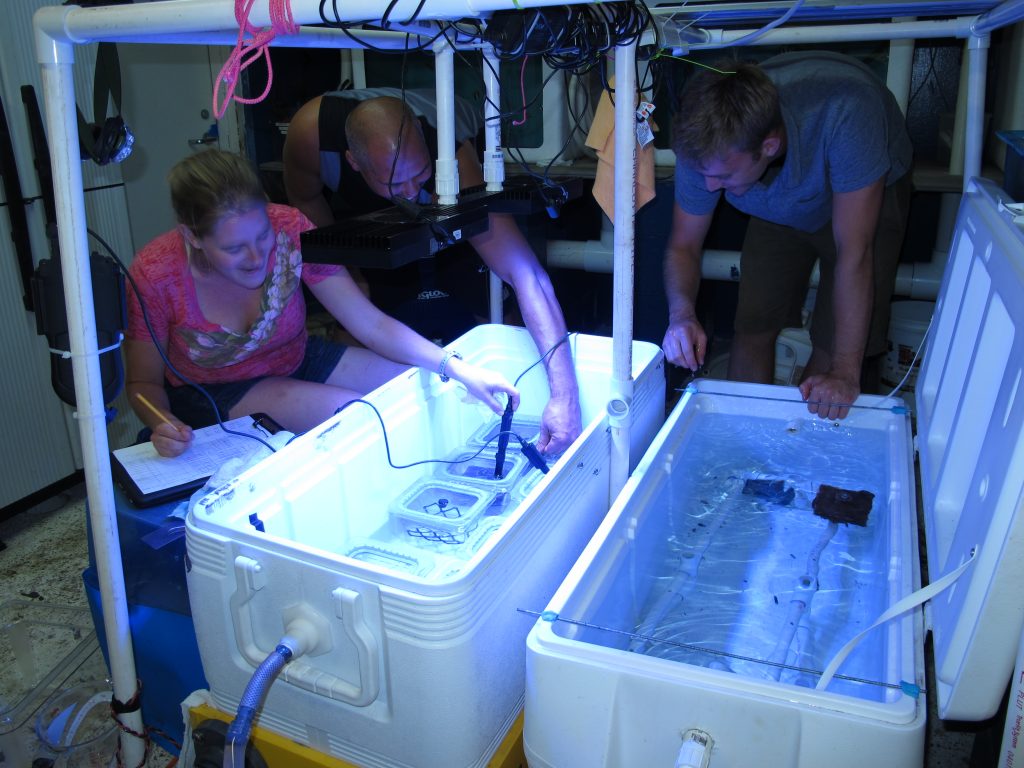 ‘In addition, we have a settlement tile experiment that had been out for 3 years at 8 sites from Ka‘anapali to La Perouse. We are examining coral recruitment, algal succession, carbonate accretion, and metabolic performance of these early successional communities. Half of the tiles are caged, so we’ll also be able to examine differences in herbivory across these sites. This is one of the longest tile deployments we’ve seen in the literature. We have been using the MOC to measure the differences in the metabolic performance (consumption and changes in pH) caused by different communities from each of the 8 sites. We also have a lot of biophysical data (e.g., sedimentation, nutrients, herbivores, etc.) from each site to explore the potential drivers of the patterns we uncover. 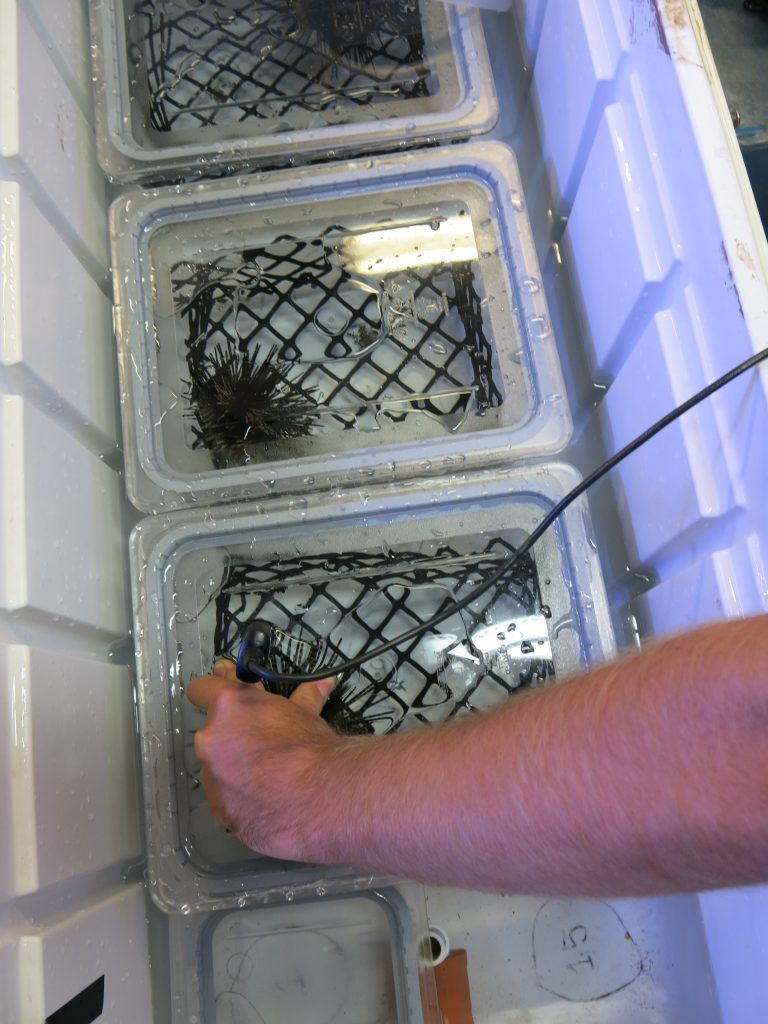 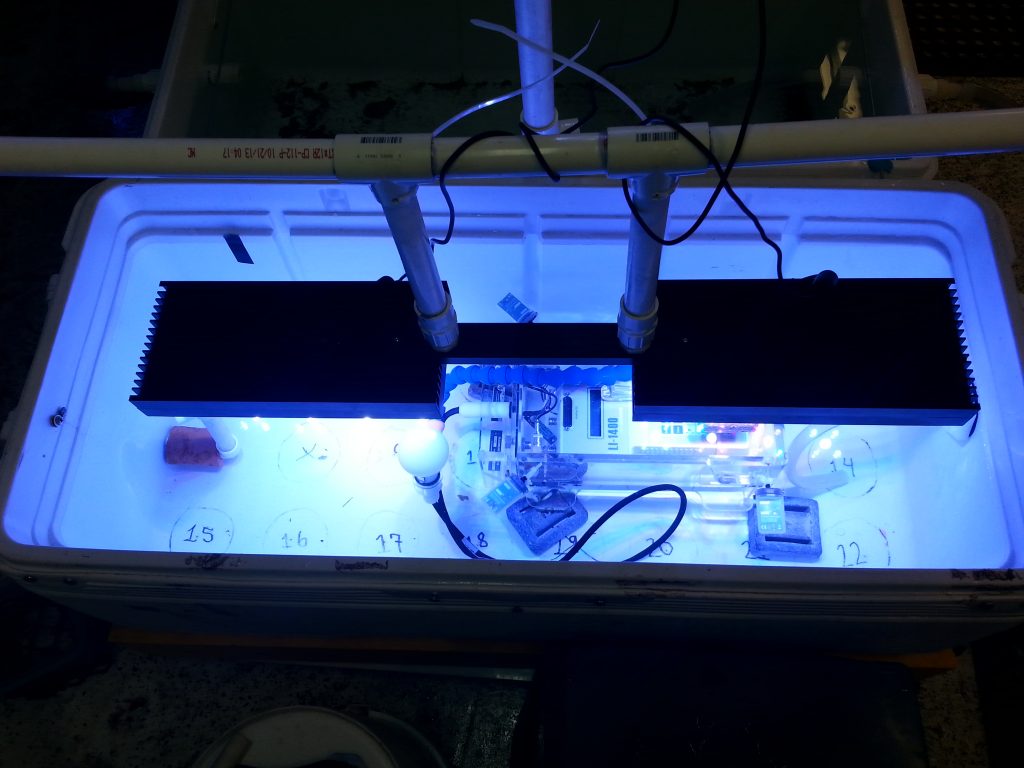 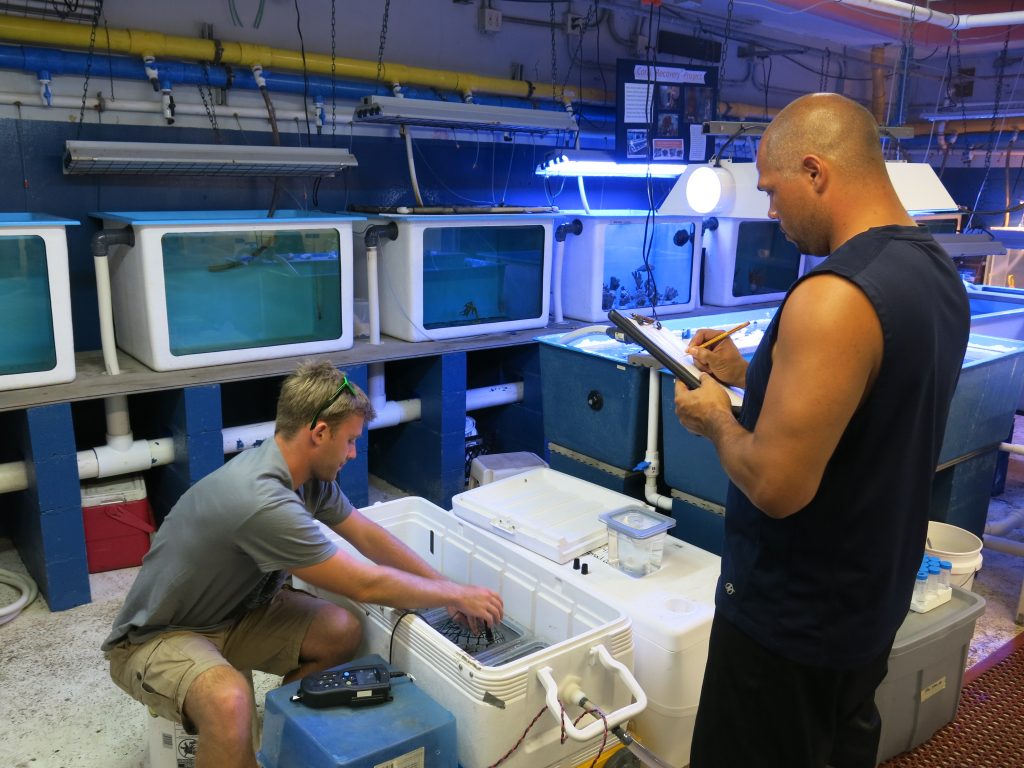 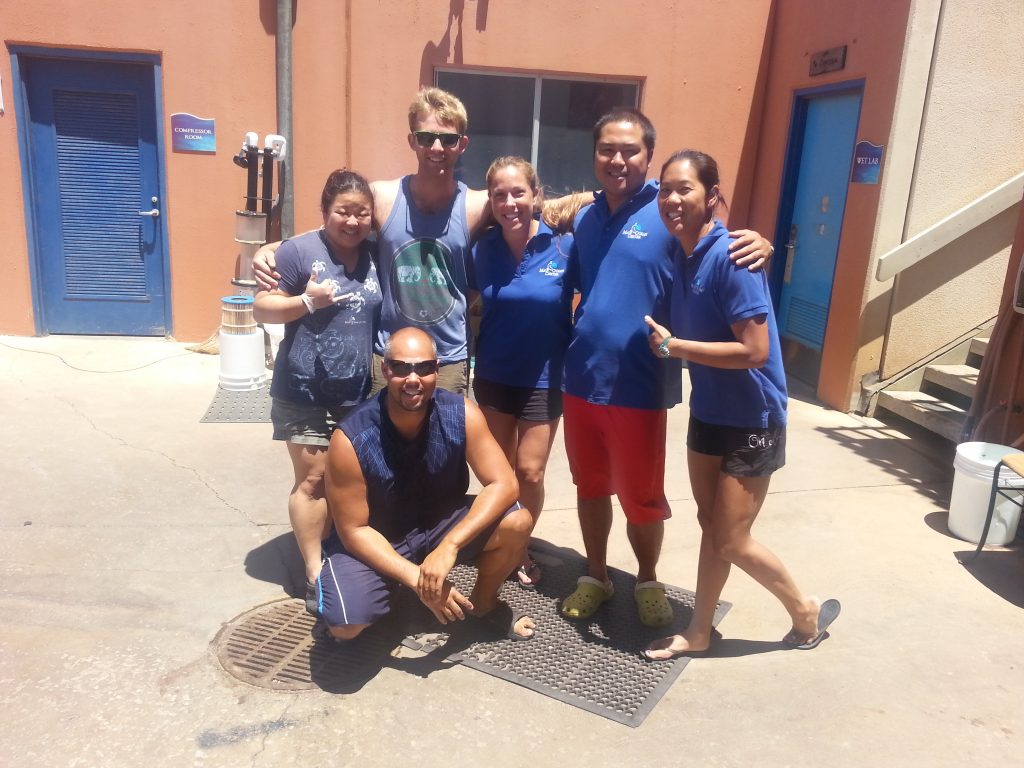 We can’t thank the MOC enough for all the support; such a wonderful group of people! Miss you guys. We will plan to shoot updates as data come hot off the press, but feel free to inquire any time…”